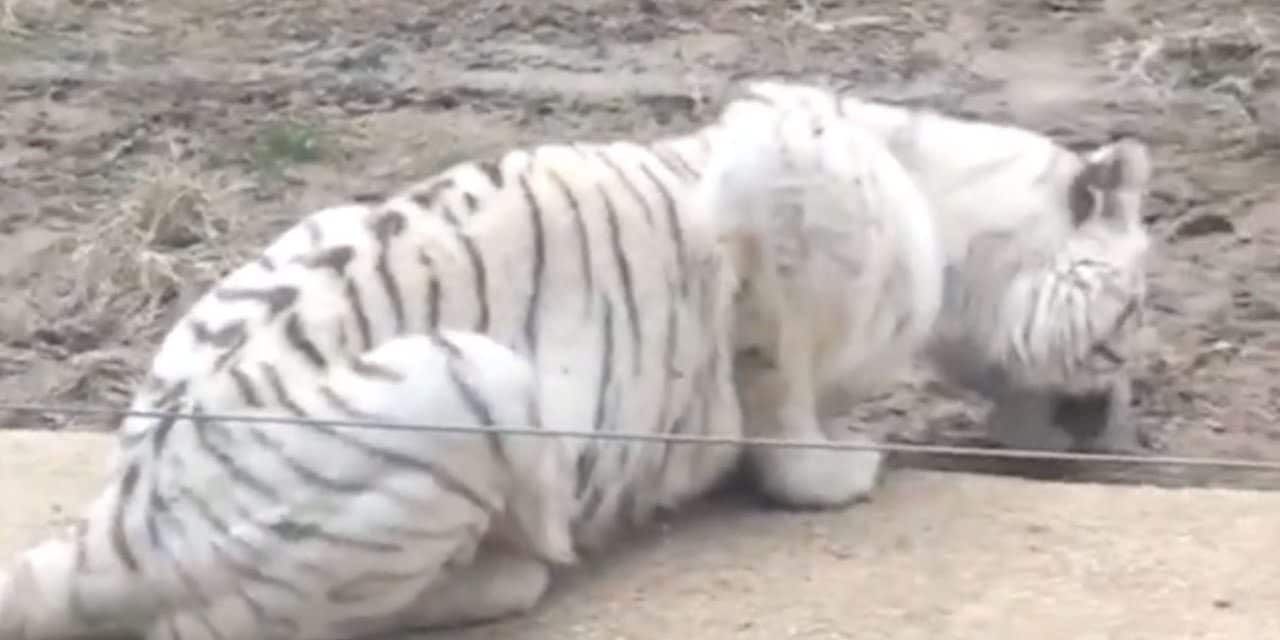 Footage has emerged on social media of an emaciated white tiger hungrily licking and biting the muddy floor of her barren enclosure at Wuhan Zoo in China.

The heartbreaking video was captured by a zoo visitor shocked by the physical condition and behavior of the animal. The tiger is housed in appalling conditions, trapped in a bare, muddy square surrounded by concrete with no enrichment whatsoever — not even a tree — in sight.

Zoo management responded to the claims of animal abuse, stating that the seven-year-old Bengal tiger had just been fed a chicken and was merely searching for remains. They said she weighs about 120 kilograms, asserting that this is a normal weight for her species.

However, according to media reports from the big cat’s arrival at the zoo in September last year, she used to weigh 210 kilograms — indicating a massive 90-kilogram weight loss in a matter of months.

Clearly, this white tiger is suffering at Wuhan Zoo, as shown by her skeletal frame and disturbing behavior. She needs to be removed from this facility and sent to a sanctuary to receive appropriate care in a suitable environment.

Sign this petition asking the Chinese Ambassador to address this issue at once, urging Wuhan Zoo to send the tiger to a sanctuary.