SIGN: Justice for Dog Tied With Electrical Cord, Hanging From the Neck by Interstate 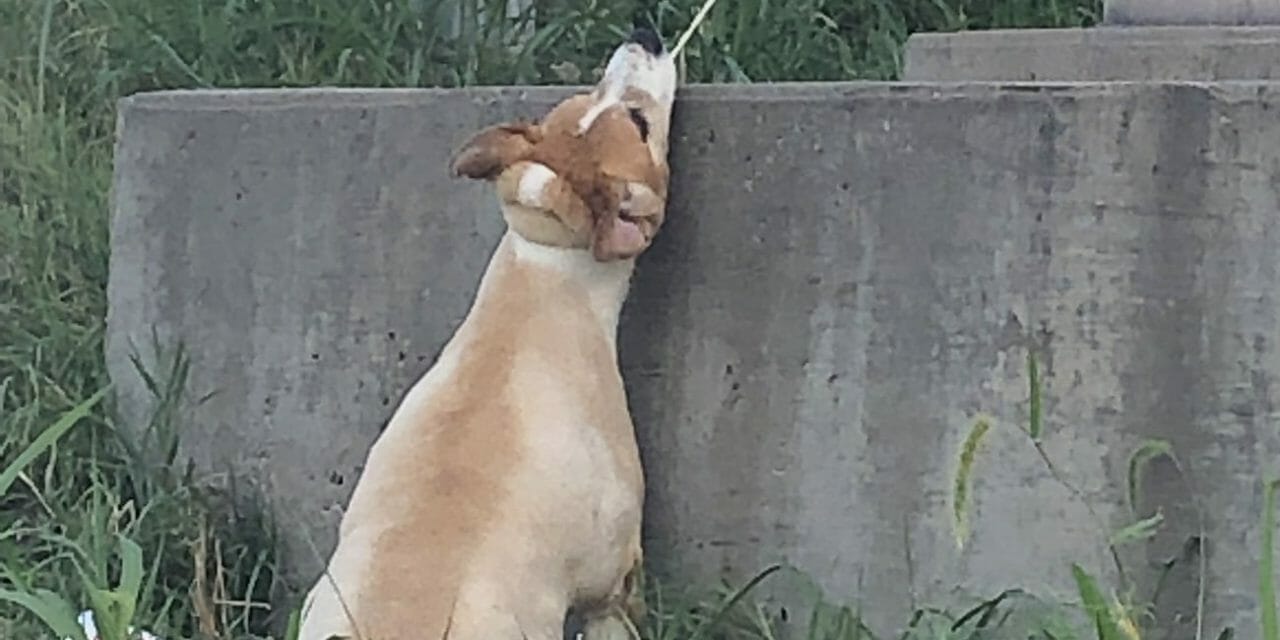 UPDATE (6/1/2022): We sent our petition, signed by more than 32,000 people, to law enforcement to ask for them to reconsider their decision. Thank you to everyone who helped raise their voices for these innocent animals! We’ll keep doing everything we can to advocate for a more compassionate world for animals. — Lady Freethinker Staff

An elderly dog was tied with a cord to an electrical box and left on the side of I-70 in Missouri. Hanging by the neck, his feet were barely able to touch the ground and he was desperately crying for help as he nearly choked to death. The terrified dog may have been stolen from his carer and endured shocking abuse that almost ended his life.

Max, who is 16 years old, is lucky to be alive. He was discovered by David Fredman, a passerby driving to work who spotted Max in dire need of help. David heroically pulled over to rescue him.

“The cord was definitely strangling him,” Fredman said. “He was trying to whip his head left and right but could barely move it.”

After Fredman freed Max, the ailing senior dog couldn’t walk and struggled to breathe. Fortunately, Max recovered, but he probably would not have survived if he were stranded for much longer.

Max was reunited with his guardian, Dee Vaughn, who stated that it was impossible for Max to have traveled that far from home on his own.

Vaughn called the police for help to find out if Max was stolen and exactly how he ended up in this life-threatening situation. The police advised him to contact Animal Control.

It’s imperative that the police thoroughly investigate this horrific act and treat this as a punishable crime. We must urge authorities to use their resources to find this offender and impose serious penalties including a lifetime ban against caring for any animals.

Sign this petition urging Kansas City Chief of Police Smith to reconsider the department’s initial refusal to investigate the matter and use all available resources to track down and prosecute whoever is responsible for this heinous act.

Editorial Note: This  incident was originally reported as having occurred in Independence, MO, but we have since learned that it took place in Kansas City, MO.