SIGN: Justice for Pit Bull Tied to Railroad Tracks and Left to Die 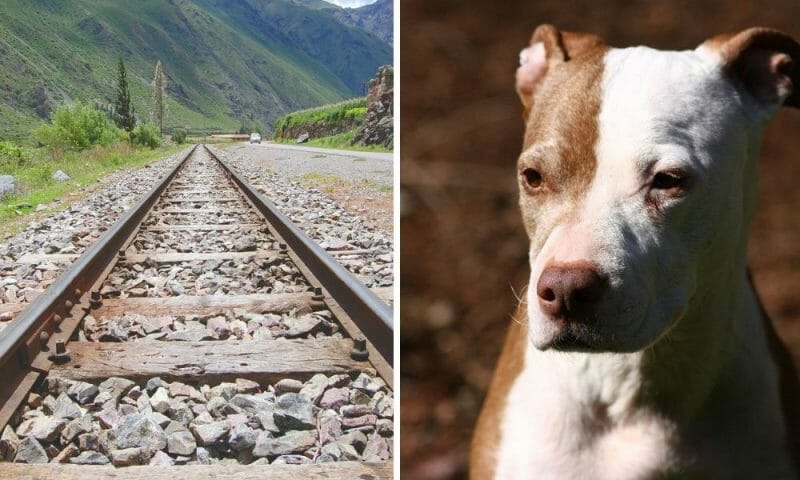 A pit bull was tied to a set of railroad tracks with a clothesline and left to die outside Darby Station in Darby, Pennsylvania. The terrified dog was alone, confused and unable to move, helpless against any oncoming train that would rip his tiny body to shreds.

Following a 911 call, Darby Borough police discovered the canine secured to the tracks.

The dog was likely there overnight, according to Dayna Villa, Director of Operations for Providence Animal Center.

Thomas, as the dog was named by his rescuers, is lucky to be alive. Amtrak and SEPTA commuter trains frequently pass through Darby Station.

Too often in these cases, the perpetrator is never found. It’s imperative that law enforcement use all of their resources to find and prosecute the individual behind this horrifying act.

We must urge authorities to fight vigorously against acts of animal cruelty and send a message to perpetrators that cold-blooded acts like this will not be tolerated.

Anyone with information about this case is encouraged to call the Providence Animal Center at 610-566-1370, extension 214.