SIGN: Justice for Terrified Dog Hurled from Cliff Into the Ocean 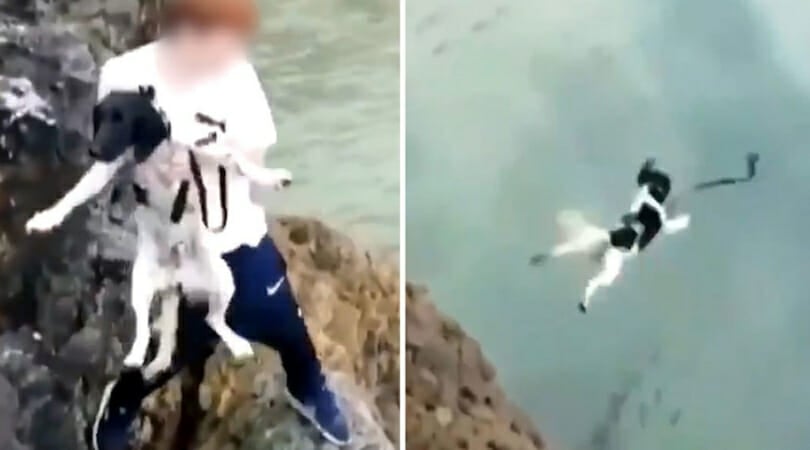 A teenage boy was recently filmed hurling a terrified dog from a cliff and into the sea while his amused friend filmed the abuse and shrieked with laughter in the town of Falmouth in Cornwall, England.

The disturbing footage shows the teen holding the visibly shaken dog and catapulting him over the edge of the cliff. As the dog plummets to the water below, they flail helplessly.

The video ends while the dog swims desperately toward the shore. Miraculously, they survived.

Falmouth Police have identified the suspects, whose names they are withholding, and are working with the RSPCA to investigate the matter.

It is imperative for the individuals who committed the abuse to be brought to justice and to be banned from ever having an animal in their care.

Sign this petition urging the Falmouth police to arrest the people responsible for this cruel act and to prosecute them to the fullest extent of the law.

Anyone with information about this crime is encouraged to contact the RSPCA inspectorate appeal line at 0300 123 8018.