SIGN: Justice for Skeletal Puppy Thrown Out of Car Window 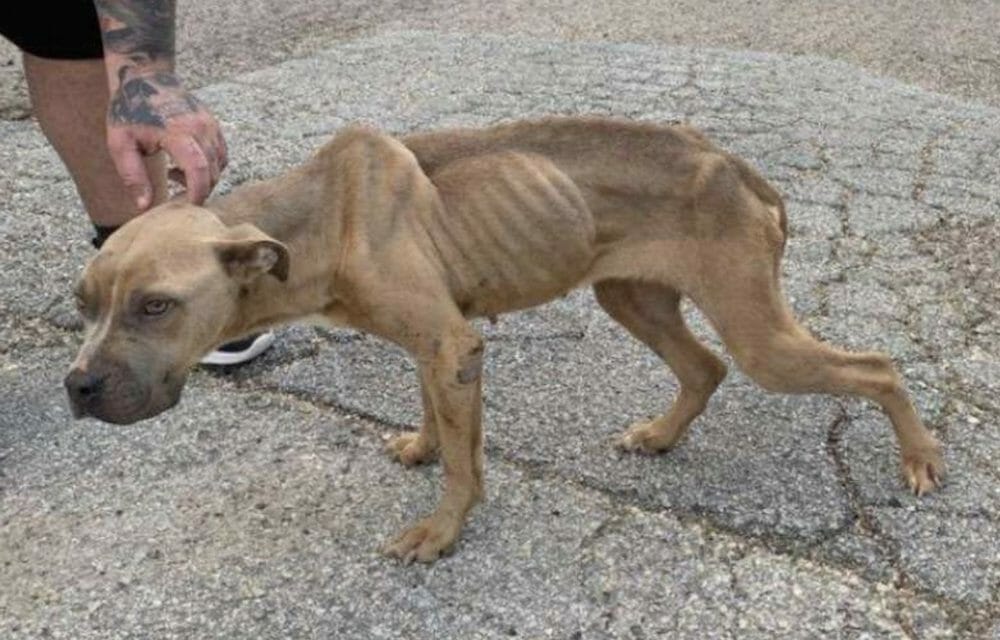 UPDATE (6/1/2022): Princess Franklin was charged with cruelty of non-livestock animal, according to court records. Franklin was sentenced to two years of probation, a suspended one-year jail time, and fined $700. We thank everyone who signed this petition, and we’ll continue to fight animal cruelty. –Lady Freethinker Staff

A skeletal puppy could barely stand after being starved and ultimately abandoned on the side of an Atascocita, Texas road.

A motorist carelessly threw the malnourished canine out of their car window and sped off, according to a vigilant eyewitness who immediately contacted police.

When police located the severely weakened puppy a few days later, she was lucky to be alive. She was likely neglected for months, shelter workers said.

“It would definitely take quite some time to have a dog this emaciated,” Shannon Parker of the Harris County Animal Shelter told KTRK.

The pup has a long road to recovery ahead of her. She’ll be relocated to a rescue that’s equipped to care for her vast medical needs, including ensuring that her organs are functioning properly.

Despite all she’s been through, the dog remains sweet and loving toward humans.

Thanks to the quick-thinking 911 caller, police nabbed their suspect, 31-year-old Princess Franklin, shortly after the incident. She allegedly admitted to abandoning the puppy on the roadside and was charged with one count of cruelty/abandonment to a non-livestock animal. Her bond was set at just $100. Franklin may face additional charges, according to Harris County Constable Mark Herman.

It is imperative that the person responsible for the puppy’s prolonged and deliberate suffering is brought to justice. Sign this petition urging Harris County District Attorney Kim Ogg to make it clear that animal cruelty will not be tolerated by prosecuting the suspect to the fullest extent of the law.