SIGN: Justice for Raccoon Forced Off Boat to Drown 20 Miles Out at Sea 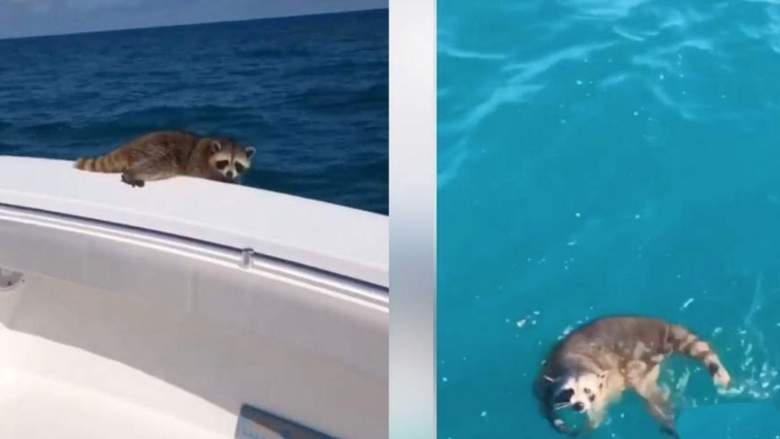 UPDATE: On December 17, 2019, the Florida Bar issued the recommendation that Thomas Cope take a “professionalism workshop.” The workshop will cost Cope $750, but as long as he completes it, Cope won’t face discipline for the raccoon incident. The Fish and Wildlife Department investigated the case and consulted with the State Attorney’s Office, but declined to file charges because they could not establish jurisdiction. We are disappointed that the sentence does not fit the crime.

Twenty miles off the Florida coast, a man mercilessly shooed an innocent raccoon off his boat, leaving the helpless animal to drown to death in the Gulf of Mexico.

The man, a Clearwater lawyer named Thomas Cope, posted a video of the awful incident on social media, spitefully referring to the raccoon as a “trash panda.”

During the video, Cope attempts to chase the raccoon off the vessel while yelling “get off my f**king boat!” Then someone else says, “We’re just going to have to push him off.”

As Cope continues screaming angrily at the raccoon, the terrified animal loses grip of the boat and falls into the water.

The person operating the camera captured footage of the raccoon desperately paddling in the ocean. Meanwhile, Cope laughed and shouted, “So long, sucker!”

Cope heartlessly left the raccoon to drown; the poor creature had virtually no chance of survival. This callous act of animal cruelty is unacceptable and Cope must be brought to justice for his shocking behavior.

Sign this petition urging Eric Sutton, Executive Director of the Florida Fish and Wildlife Conservation Commission to prosecute Cope to the fullest extent of the law and send a message that such animal cruelty will not be tolerated.