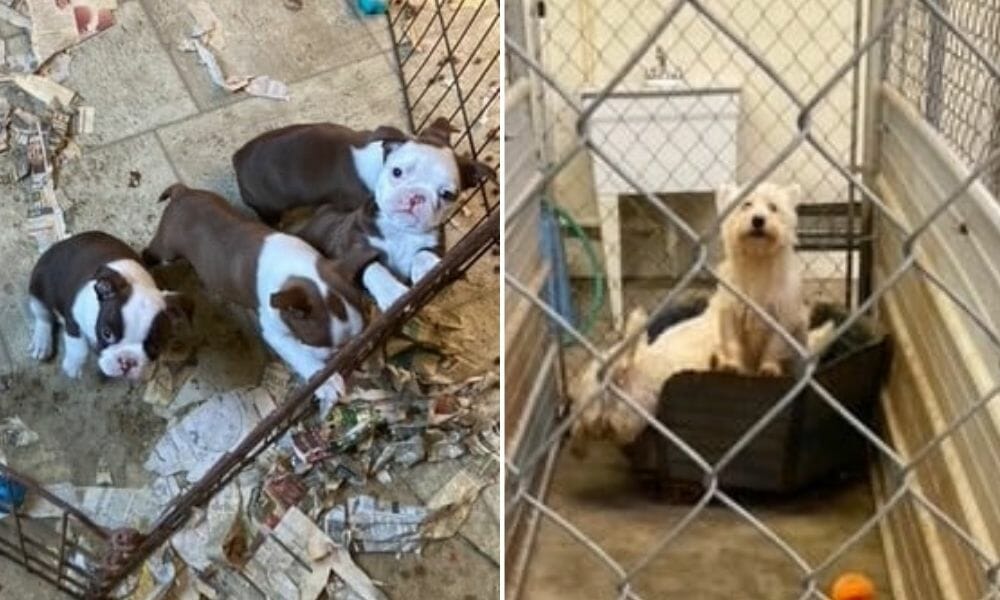 Thank you to the more than 12,000 people who signed our petition demanding justice for the animals who suffered in these horrific puppy mill conditions. We will continue to track this case.

Four tiny, brown-and-white puppies were found in an enclosure littered with soiled and shredded newspaper, with a pile of feces next to their nearly empty food bowl, a photo posted by the Warren County Sheriff’s Office shows. Feces clogged the drain in the barn housing the canines for several weeks before authorities arrived, the Lexington Herald-Leader reported.

Puppy mills are hell-like facilities, where innocent dogs are cruelly bred over and over again until their bodies are “spent,” and defenseless puppies grow up sick, injured, and lacking basic veterinary care. These operations profit off the dogs’ suffering and can sell puppies for hundreds, or even thousands, of dollars each.

Acting on a tip, authorities investigated and charged the breeder with 63 counts of animal cruelty in the second degree. The Bowling Green Warren County Humane Society took over the dogs’ care, but the animals have a long road to recovery and are not currently up for adoption.

Sadly, Kentucky has some of the country’s weakest animal protection laws and penalties, and this vague legislation and paltry punishment often prevents justice from being served in horrifying puppy mill cruelty cases. Right now, animal cruelty only counts as a misdemeanor, punishable by only up to a year in jail and a fine of up to $500, although an important new bill headed to lawmakers could increase the crime to the felony level.

In the meantime, authorities must do everything in their power to bring cruel breeders to justice. Sign this petition urging Warren County Attorney Amy Milliken to prosecute the suspect in this heartbreaking case to the fullest extent of the law.