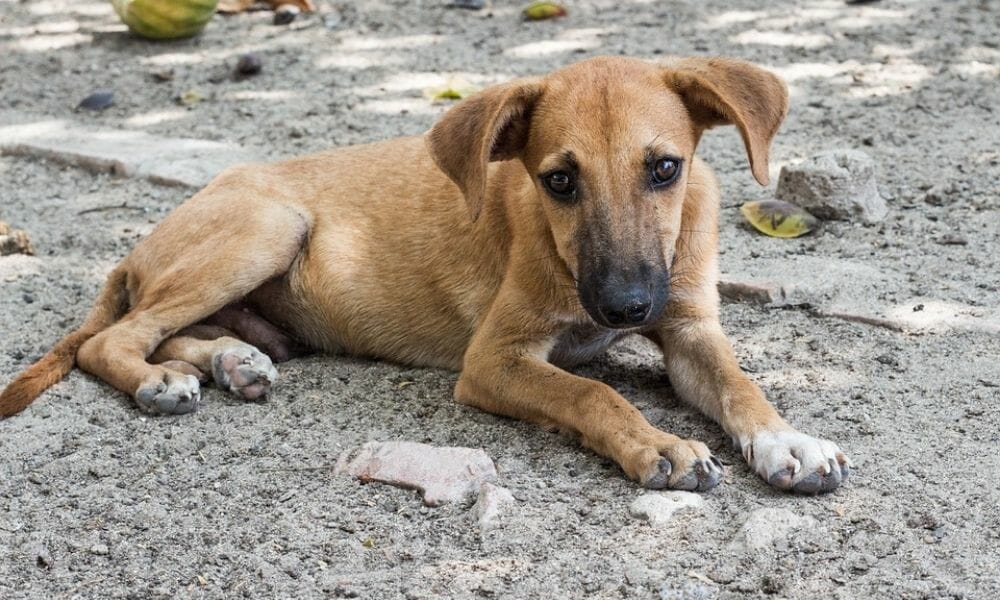 UPDATE (8/12/2021): This bill has been introduced to the Kentucky General Assembly, by Rep. Chris Freeland, as House Bill 57.  As written, if passed the bill would make violations a Class D felony, add additional acts to the definition of torture, make each act prosecutable as a separate offense, and allow exemptions only where there is no proven intent to cause, increase or prolong pain.

The pit bull died after Louisville residents chained him to a pole, beat him, broke his legs, and sliced him open with a Samurai sword.

The dog’s injuries were so severe that one of the dog’s legs was nearly severed and so deep that you could see the muscle, according to court documents.  Law enforcement later charged the resident with torturing and killing an animal, which is currently only a misdemeanor in Kentucky’s laws.

Although that case happened in 2011, Kentucky’s laws protecting animals from horrific cruelty are still considered some of the weakest in the nation.  The state ranked 47th  — where a ranking of one is the “best” and 50 is the “worst” — in a 2019 report.

But a new bill, proposed by Sixth District State Rep. Chris Freeland (R), could strengthen existing laws by upping the penalties to the felony level for those who intentionally torture dogs and cats.

The bill, which Freeland hopes to pitch during the 2021 Kentucky General Assembly, would apply to all dogs and cats — not just those considered people’s pets. The bill also would increase penalties for people who intentionally torture the animals to up to five years in prison and fines of up to $10,000.

Animal torture, as proposed in the bill, includes burning, crushing, drowning, beating, poisoning, electrocuting, suffocating, and skinning alive animals.  The bill’s penalties would also apply to those who intentionally fail to provide proper medical care, food and water, or shelter to dogs and cats.

While the bill is a necessary and important step for Kentucky’s animals, it’s coming at a tough time.  Kentucky’s Gov. Andy Beshear (D) has pushed for a quick legislative session confined to passing the state’s budget — meaning several proposed bills, like Freeland’s, would go on the back burner.

Justice for these innocent animals cannot wait. Those who cruelly and intentionally torture animals must be held accountable for their actions.

Sign this petition encouraging leaders in Kentucky’s General Assembly to use their voices to stand up for animals.