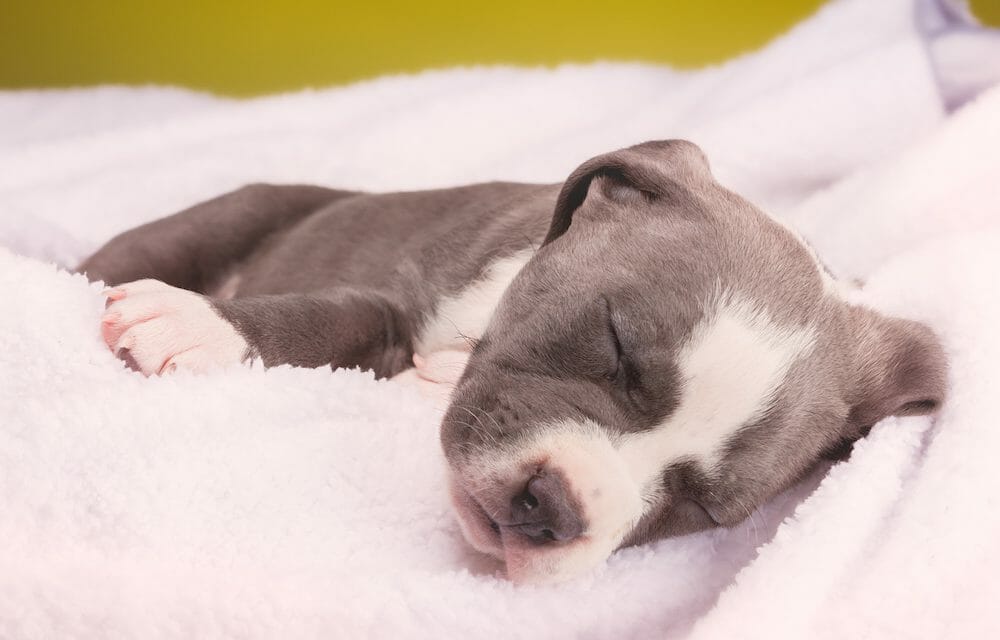 Three-month-old pit-bull puppy Tyler was lying alone in the street, bleeding and severely burned after someone scorched him with a blowtorch and left him for dead in a Paterson, NJ, neighborhood known for dogfighting.

Whoever did this to poor Tyler is still walking the streets, a threat to both dogs and humans.

Tyler was in excruciating pain when a good Samaritan found him, and his condition was deteriorating.

At Oradell Animal Hospital, veterinarians had to cut necrotic tissue from the puppy’s tiny body, and expect his wounds to worsen before they improve. The injured pup is stable and responding positively to treatment, but is on fluids and will require extensive hospitalization.

Despite the torture he’s endured, Tyler has not lost faith in humans. He remains sweet, loving, and trusting toward his rescuers.

“Tyler is a victim, yes, but he is also a hero as he speaks to the perseverance and forgiving nature of dogs,” Jersey Pits Rescue wrote in a Facebook update on the puppy’s condition.

Another dog was also reportedly lit ablaze alongside Tyler, but their whereabouts are unknown. Investigators and rescuers are working together to get to the bottom of this heartbreaking and appalling situation.

It is imperative that justice is served for these two innocent dogs, and that whoever set them on fire is held accountable for their actions. Sign this petition urging the Paterson Police Department to treat this barbaric act with the severity it deserves and to set an example that cruelty will not be tolerated by using every available resource to find the individual(s) behind this horrific crime.

If anyone has any information pertaining to the incident, please call the Ramapo-Bergen Animal Refuge at 201-337-5180 or the Paterson Police Department at 973-321-1111.