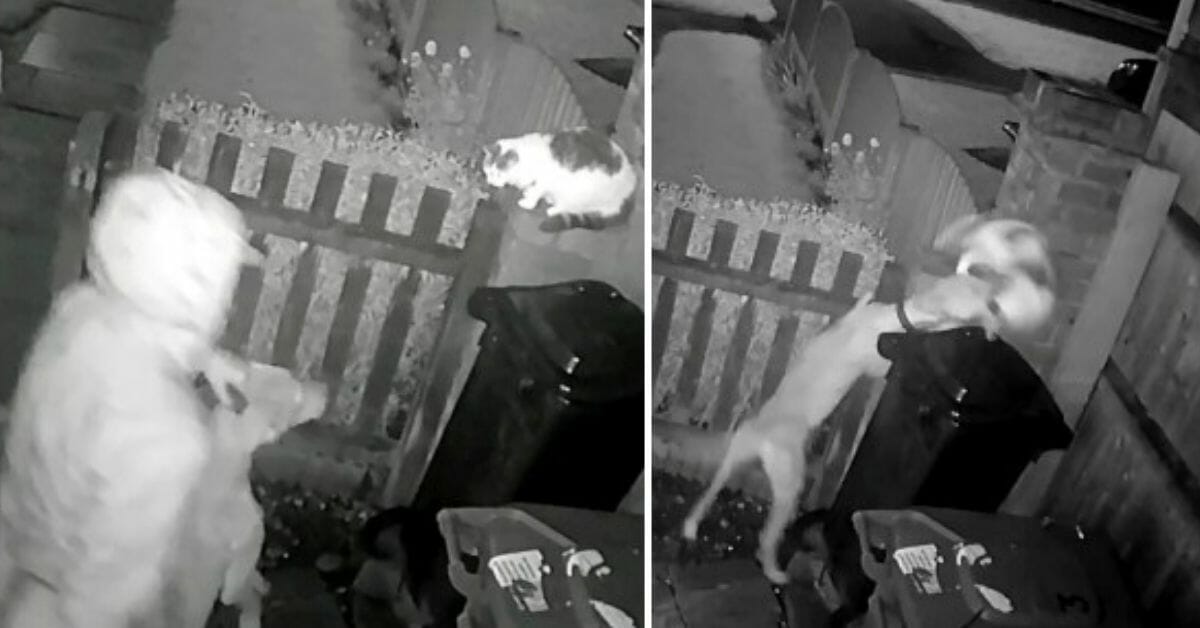 UPDATE (12/2/19): Amos Price was sentenced to 18 months in jail and is forbidden from ever having animals again. While we are pleased that he cannot possess any other animals in the future, we are disappointed in the brief amount of time Mr. Price will serve in Jail.

In a sickening act of animal cruelty, a British man ordered his dog to ferociously savage a defenseless cat named Cleo to death.

Gruesome footage captured the man shining a blinding light into the cat’s face, then lifting his dog up to attack her. The dog clamped their jaws into Cleo and violently shook her about before dragging her to the ground and disappearing. It is thought that the feline’s lifeless body was then dumped in a bin.

“This is a horrifying act of cruelty which has left us utterly disgusted,” says Chief Superintendent Andy Parsons, from Walsall police. “I’m aware of the appalling CCTV that captured this shocking behavior which, like the rest of the community, I wholly condemn.”

Local man Amos Price is wanted for questioning in connection with the offense, but has yet to be found.

Sign this petition to urge Chief Crown Prosecutor Grace Ononiwu OBE to prosecute this vicious criminal to the fullest extent of the law and push for a lifetime ban on ever having contact with animals.

The West Midlands Police have asked anyone with information to contact them via Live Chat at www.west-midlands.police.uk or by calling 101.