SIGN: Justice for Pit Bull Dragged for Miles Behind Car 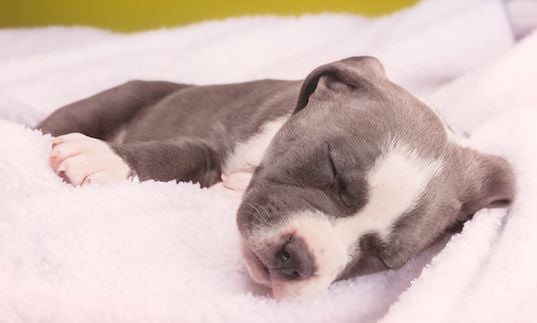 UPDATE (4/11/2022): Gabe’s owner Chad Brinson is facing a felony charge for ill treatment of animals, according to ABC4. We also have learned that Gabe has recovered and is in a loving forever home! Here is a picture of Gabe. “Amazing what proper medical intervention and some love can do,” said Terri, with Rescue Dogs Rock. We’ll keep watching this case. —Lady Freethinker Staff 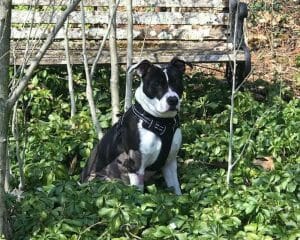 A 14-month-old pit bull named Gabe is lucky to be alive after being tied up and viciously dragged behind a car for several miles in Berkeley County, South Carolina. Gabe’s fur and skin were painfully ripped from his body by the rough pavement beneath him as his “guardian” dragged him along mercilessly.

Gabe’s lengthy road to recovery began with two surgeries, 500 stitches, and casts on all four of his legs. He’s unable to walk or stand on his own, his paw pads are completely gone, and his wounds indicate that he suffered for days before receiving treatment.

Although Gabe’s injuries are consistent with brutal and extensive torture, his previous guardian has only been charged with failure to provide veterinary care, which typically carries a trivial $500 fine. Upon surrendering the horrifically injured dog to authorities, they claimed that Gabe was somehow accidentally dragged for “just a few blocks.”

It is outrageous that the vague story provided by Gabe’s former guardian has been accepted at face value. Authorities must hold Gabe’s abuser to a more appropriate standard of justice for their alleged cruelty against the helpless dog.