SIGN: Justice for Kanakota, Elephant Who Died of Exhaustion from Giving Tourist Rides 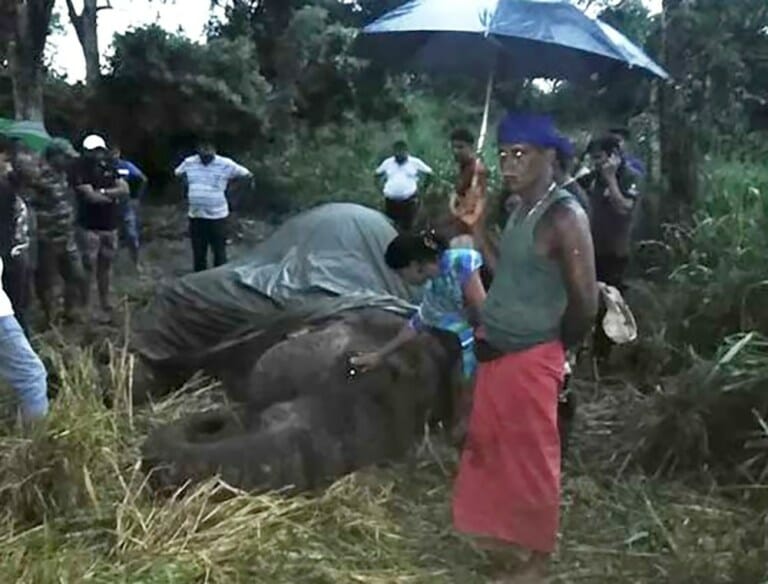 UPDATE (6/6/2022): We sent our petition, signed by more than 29,000 people, to the Ambassador of Sri Lanka to the United States urging for an investigation and accountability. Thank you to everyone who signed our petition! Despite multiple checks back, we were not able to obtain any additional information about this tragic act of cruelty. We’ll keep doing all we can for animals. —Lady Freethinker Staff

A young elephant named Kanakota was worked to death in Sigirya, Sri Lanka, where his captors forced him to give tourists rides in the scorching heat.

Kanakota was just 18 years old when he collapsed during a series of exhausting back-to-back rides. He never got back up.

The teenage elephant survived less than one-third of the life expectancy of Asian elephants who live in the wild. Shackled and under the terrifying threat of his handler’s bullhook, Kanakota wearily carried passengers up and down busy streets for hours at a time — until, one day, he was too weak to go on.

Captivity and forced labor drastically shorten elephants’ lives and cause health issues they wouldn’t face in their natural environment. Walking on paved and rough roads painfully wears away at their feet, and the weight of baskets and riders damages their spines. They’re also subjected to brutal “training” methods during which they are whipped into submission.

Additionally, being deprived of freedom causes unbearable depression for these highly intelligent and social pachyderms, who form lifelong bonds in the wild.

Kanakota’s death, like far too many others, was preventable, and so was the suffering he endured throughout his tragically short lifetime.

It is imperative to take a stand against elephant riding in Sri Lanka and the heartless enslavement of innocent animals that comes along with it. Help spare these majestic beings from torture and death. Sign this petition urging the Sri Lankan Ambassador to the U.S., E. Rodney M. Perera, to push the government to end this cruel practice immediately.