SIGN: Justice for K9 With Leg Broken from Beating During ‘Training’ 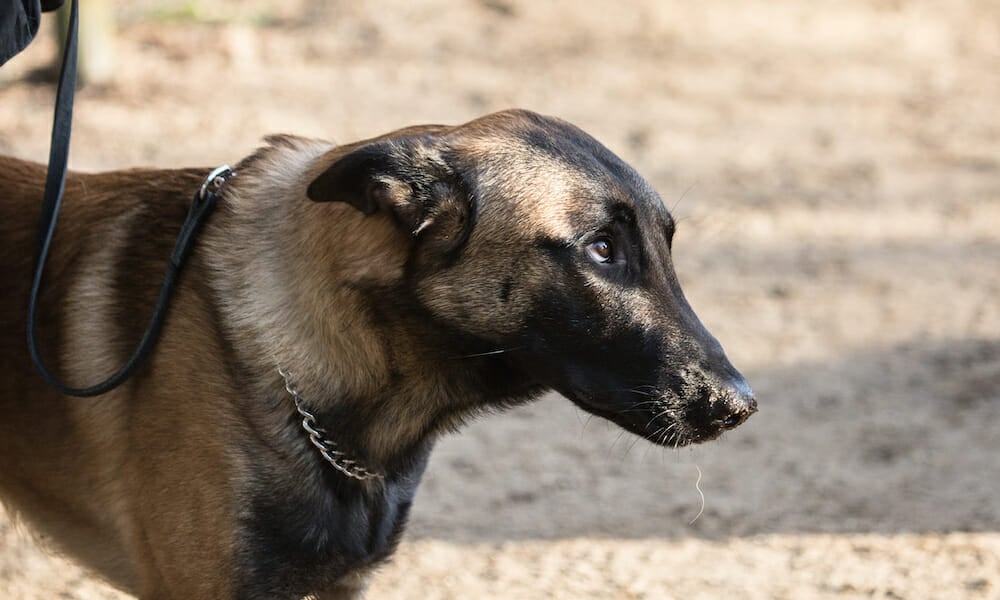 UPDATE (12/28/2022): Dustan Rubenacker took a plea agreement regarding one count of striking a law enforcement animal and was sentenced to 365 days in jail, suspended — meaning he won’t serve any time — and unsupervised probation for one year. He also was ordered to pay restitution in the amount of $8,079.76 to IndyVet, according to court documents. Thank you to everyone who signed our petition. We’ll keep doing all we can for animals. — Lady Freethinker Staff

A police service K-9 named Odin suffered a gruesome leg fracture when his handler struck him for “not properly focusing” during a training session with other K-9 teams in Dubois County, Ind., according to local authorities.

Odin, a 5-year-old Belgian Malinois who had been with the Indiana Police Department for four years, had to go through surgery for his injury, and he might never return to work.

State Trooper Dustan Rubenacker was charged with striking a law enforcement animal after police determined he had allegedly used “unreasonable discipline” that injured Odin,  the Indiana State Police said in a press release.  Rubenacker is on paid administrative leave while he awaits a July 6 court date. Meanwhile, an internal investigation is ongoing.

This case follows a series of recent shocking animal abuses committed against police dogs, including an incident in Vacaville, Calif.,  where Gus the K-9 was punched repeatedly in the face and a scene in Salisbury, N.C., where police dog Zuul was slammed into an SUV.

Violence against animals is inexcusable and should never be used as a training method.

Sign this petition urging Dubois County Prosecutor Anthony D. Quinn to prosecute the perpetrator to the fullest extent of the law, setting the example that animal cruelty will not be tolerated — including among law enforcement.