SIGN: Justice For Vacaville K9 Punched in the Face and All Abused Police Dogs in the City

Home » Animals » SIGN: Justice For Vacaville K9 Punched in the Face and All Abused Police Dogs in the CityBy Lex Talamo 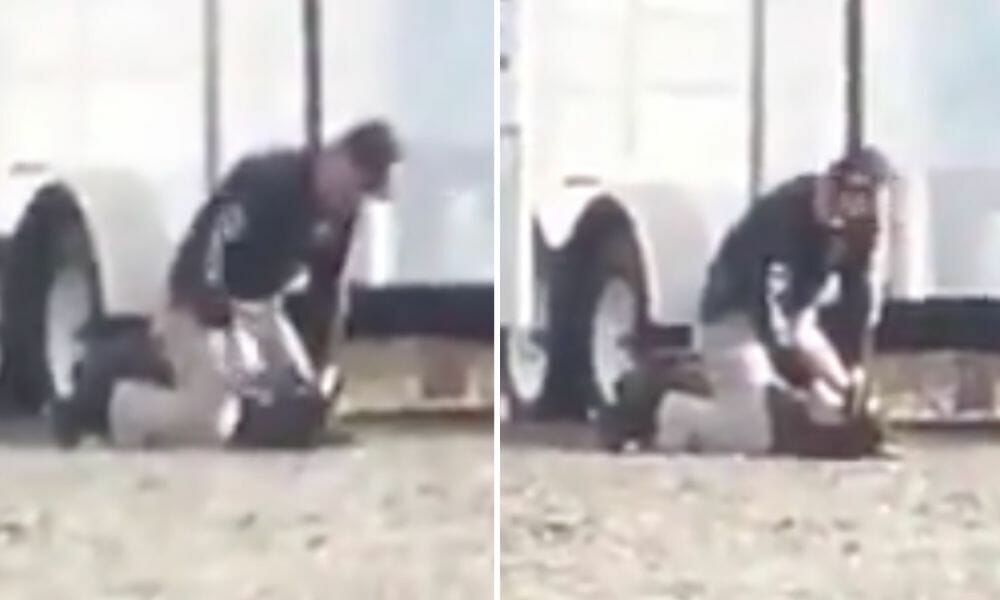 A terrified police dog, immobile and vulnerable, yelped in pain as his handler from California’s Vacaville Police Department loomed over him and then punched him in the face.

An evaluator who observed Gus the K9 weeks after the recorded incident went viral on Facebook described him as “aloof,” “expecting to be corrected at all times,” and “in a constant state of pain avoidance.”

The evaluator also noted that Vacaville’s other police dogs were trained using “aversive” methods — ones that use force to train dogs and obtain obedience through the dog’s attempt to avoid pain.

We must protect these life-saving K9s from abusive training methods. Police service dogs, who save handler and other human lives every day, do not deserve to endure painful and brutal training methods, especially when other, humane methods have been proven effective.

Gus is no longer with the Vacaville police department. But his situation has also shown a spotlight on other deficiencies  in department practice and policy related to dog welfare.

Vacaville had no documentation available to an independent investigator showing that K9 handlers had completed a “basic handler’s course” — including topics about a dog’s care such as first aid, socialization, and exercise. The city’s reports also noted K9 supervisors aren’t required to attend maintenance training of K9 teams to determine if teams were meeting state standards.

It is time for Vacaville Police Department to step away from brutal, inhumane training methods and insist that its K9 handlers are knowledgeable and committed to the welfare of their service dogs.

Shifting to evidence-based, humane training methods and requiring enhanced, properly supervised, and consistently ongoing training for K9 handlers is the right thing to do — for the dogs, their handlers, and the community members that officers have sworn to protect.

Sign our petition urging the Vacaville City Council to follow-through with comprehensive overview and oversight of the city’s contract with its current K9 trainer, to require ongoing and humane training (including education on dog welfare) to K9 handlers,  to insist on documented training supervision to ensure K9 teams are trained to the highest level possible using humane methods, and to ensure that the police department provides regular updates to the council and members of the public about the department’s training methods to increase transparency and rebuild public trust.