SIGN: Justice for Police K9 Grabbed By the Collar and Slammed into SUV 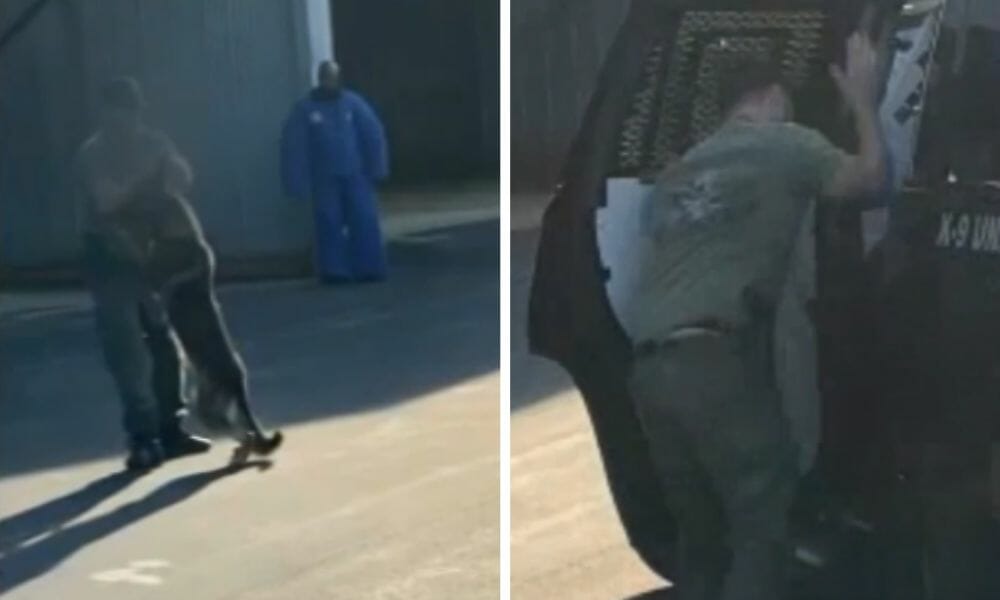 UPDATE (4/2/2021): Salisbury Police Officer James Hampton voluntarily resigned following an investigation that concluded he had  acted “in a manner entirely inconsistent with his K-9 training,” according to an official statement.

A city press release said Hampton had violated department policy, with a recommendation to fire him pending a termination hearing. But before that could happen, Hampton voluntarily resigned.

Lady Freethinker thanks the more than 35,800 activists who signed our petition urging the Salisbury Police Department to thoroughly investigate the appalling incident and revisit its training protocols to protect canines from future cruelty.

In a horrifying video leaked by a brave whistleblower, a police K9 named Zuul is yanked off his feet by his neck, slammed into an SUV, and smacked after his handler told him to “stay,” ABC reported.

After the disturbing incident, someone in the background said, “We’re good, no witnesses,” according to the video’s audio.

Police Chief Jerry Stokes said during a press  conference that the act may have been carried out as part of canine handling tactics. He declined to comment on whether the handler’s behavior was appropriate, citing an ongoing investigation into the matter.

The Salisbury Police Department has removed Zuul from his handler’s care, but the officer remains on duty despite his abusive actions.

Violence against animals is inexcusable and should never be considered an acceptable training method. Sign this petition urging the Salisbury Police Department to thoroughly investigate this appalling incident and revisit the department’s training protocols to protect canines from future cruelty.