SIGN: Justice for Horse Starved and Left to Die in Field 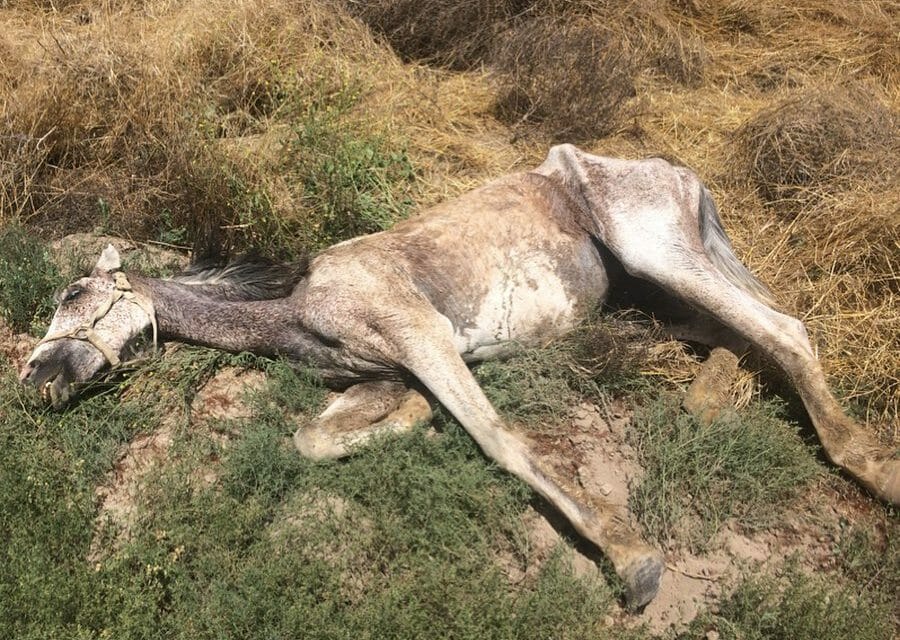 UPDATE (5/16/2022): Axel Herrera-Martinez pleaded guilty to a misdemeanor count of  depriving an animal of drink or shelter in September 2020, spent three days in the county jail, and was given three years of probation, during which he has to complete 200 hours of community service and undergo aggression replacement training. He also cannot own animals, although he can live on a property where they reside, and also must pay $1,540 in fines, according to court documents. We are grateful that the sentencing involved a ban on owning animals as well as intervention services and thank everyone who signed our petition. We’ll do all we can to continue advocating for animals. — Lady Freethinker Staff

In a mortifying discovery, a California game warden found what he thought was a dead horse lying in some weeds near a dirt roadside while out on routine patrol.

The skeletal horse was struggling just to breathe. Unable to cry out for help and barely able to move, the emaciated animal’s eyes darted around desperately when the game warden and a Madera County deputy approached; when they called out, the animal attempted to lift their head, but was too weak to do so.

Sadly, the suffering animal could not be saved and had to be euthanized.

Herrera-Martinez had apparently heartlessly left the horse to suffer a slow and painful death, alone and terrified.

It is imperative to bring this innocent horse’s abuser to justice, to protect other animals from such cruelty.

Sign this petition urging Madera County District Attorney Sally O. Moreno to prosecute this criminal to the fullest extent of the law, including imposing a lifetime ban on him ever having another animal in his care.