Willie Nelson Has Saved 70 Horses Once Doomed for Slaughter 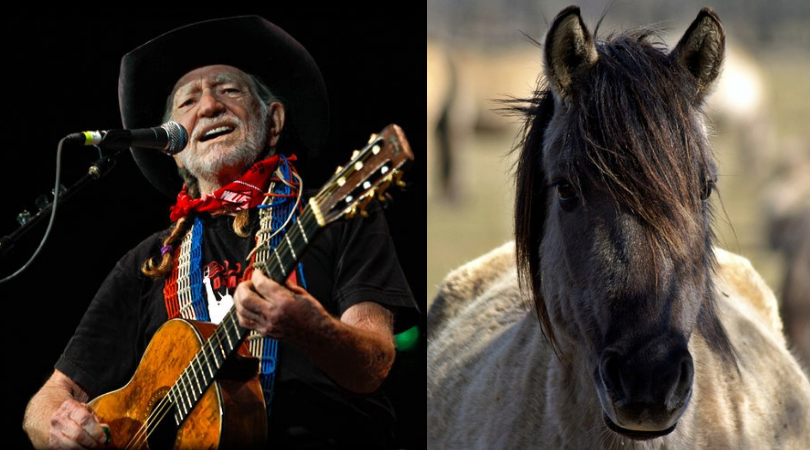 American country music legend Willie Nelson is not only famous for his braids and songs; he’s also a horse lover who rescues and advocates for the nation’s equines.

His 700-acre property in Spicewood, Texas is a safe haven for around 70 horses, many of whom the musician personally saved from slaughter.

In a recent interview with KSAT, Nelson talks about his passion for the animals.

“My horses are probably the luckiest horses in the world,” said Nelson. “They get hand-fed twice a day, and they were just ready to go to slaughter is probably the last thing they remembered, so they’re happy horses.”

The 86-year-old singer has spent decades raising awareness of America’s horses and has worked closely with several organizations dedicated to protecting and saving them.

In 2015, he received The People’s Silver Telly Award for his video, “The Love of Horses,” which featured organizations and individuals campaigning to stop the slaughter of the animals.

He and his family have also worked closely with the Animal Welfare Institute (AWI) to protect wild horses, releasing a song where all proceeds went to AWI.

“I’m a little prejudiced when it comes to horses,” stated Nelson in a letter featured on the AWI website. “I have always loved them. I got involved eight years ago, when AWI first made me aware that American horses are being slaughtered and shipped overseas for human consumption. It’s a shame horses – or any animal – be treated this way when horses are the foundation of America.”

In 2013, Nelson partnered with Habitat for Horses to adopt out some of his Willie Signature Horses, finding them loving forever homes. He has adopted and fostered more than 75 horses for the organization in the past decade.

With the singer still going strong and performing throughout the country, his message will continue to be spread far and wide. In fact, an upcoming CD release features a song called “Ride Me Back Home,” which he says is all about his precious rescued horses.