SIGN: Justice for Dog Starved to Nothing But Skin and Bone 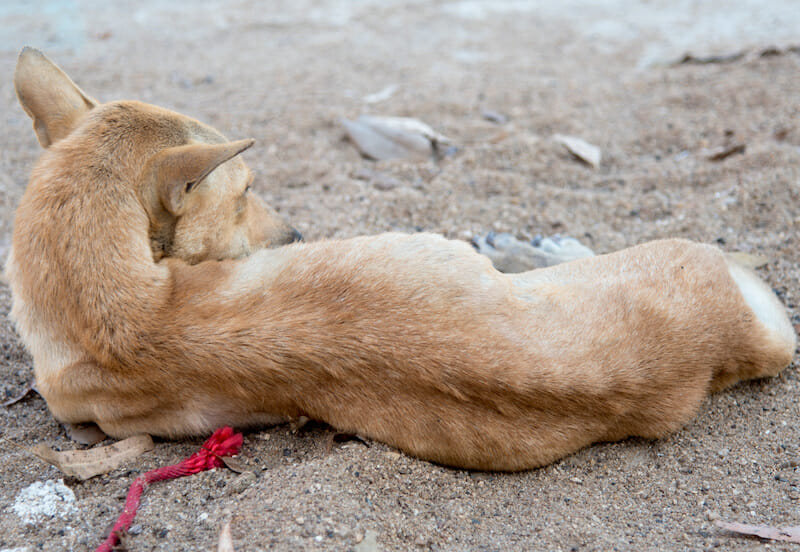 UPDATE (6/6/2022): Anne Iehl was found guilty of mistreatment of animals/cause of death and intentionally failing to provide food for an animal on July 2021, according to WEAU News. She was sentenced to two years probation and 50 hours of community service and is subject to jail time if she violates her probation. The court also ordered that she cannot own an animal for five years. We would have liked a stronger sentencing, but we will continue to fight for all animals. We thank everyone who signed this petition. –Lady Freethinker Staff

A dog named Gabriel was clinging to life, malnourished to half his breed’s normal weight and unable to stand or walk on his own when someone dropped him off at a local animal rescue in Wisconsin, claiming they found him alongside a highway, according to CBS Minnesota.

Gabriel reportedly had no muscle mass or body fat, and x-rays revealed that his bowels were empty.

Police would soon learn that the person who surrendered Gabriel was actually his guardian. After admitting that her initial story about finding him on the roadside was false, the woman was arrested for the intentional mistreatment of an animal resulting in disfigurement and failing to provide food and drink.

Since arriving at the shelter, he’s regained some weight, but Gabriel remains far from the 60-70 pound range of a healthy dog his size. Although he has a long road to recovery ahead of him, his future remains hopeful.

Gabriel is the victim of prolonged and deliberate neglect, and the person responsible for his suffering must answer for her actions. Sign this petition urging Dunn County District Attorney Andrea Nodolf to call for a lifetime ban on the suspect ever having animals in her care.