SIGN: Justice for Stray Dog Skinned Alive In The Street 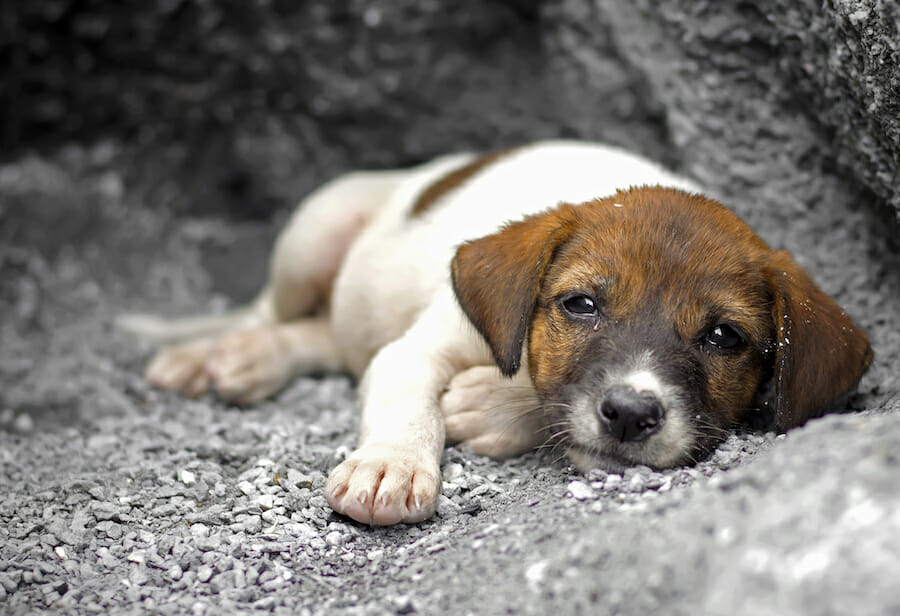 UPDATE (5/9/2022): We sent our petition, signed by more than 33,000 people, over to Cordoba Governor Juan Schiaretti. Thank you to everyone who raised their voices on behalf of these innocent stray dogs! We’ll stay on the lookout for any stronger animal protection laws in Cordoba for which we can help advocate. — Lady Freethinker

In an unthinkable act of cruelty, unknown assailants have brutally tortured a stray dog in Cordoba, Argentina, cutting her skin and peeling it from her body while she was still alive.

A local resident found the small dog, named Rosita by locals, in the street partially skinned, missing a large chunk of hair and flesh across her upper torso.

Rosita is a stray, but locals in the Rio Cuarto neighborhood where she lives keep an eye on her and provide her with food. When the resident discovered Rosita and her horrific mutilation, they immediately contacted animal rights activists, who made sure the traumatized dog got the care she needed.

This isn’t the first time such a shocking case has occurred in Cordoba. In 2017, a three-month-old puppy called Chocolate died after being skinned alive.

The province of Cordoba must take steps to make their animal protection laws tougher to prevent and punish this kind of abhorrent cruelty in future.

Sign the petition urging the Governor of Cordoba to strengthen animal protection legislation and get justice for Rosita.