SIGN: Justice for Dog Strung Up and Skinned on Video 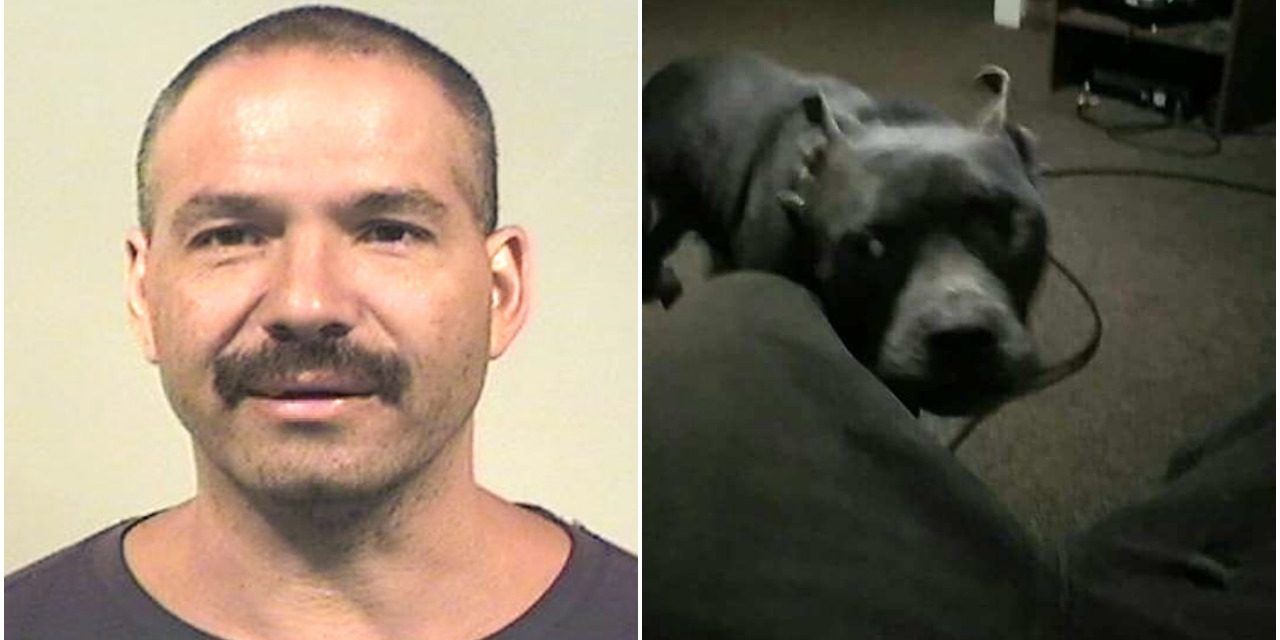 UPDATE: Scott A. Winter pleaded guilty in Stark County Common Pleas Court to a count of prohibitions concerning companion animals, a fifth-degree felony. Judge Taryn Heath sentenced Winter to the maximum of one year in prison for the least serious level of felony under state law. A judge released Winter from prison on January 4, 2019. He was placed on five years of probation, including one year of intensive supervision.

In a barbaric case of animal cruelty, a man in Canton, Ohio violently strangled his dog before skinning the animal and burning the body.

Distressing video posted on social media shows the dog strung up by a rope as the man slices away its skin, with a bucket underneath to catch the blood. It is unclear whether the dog was alive at the time.

Canine bones were also found around a fire pit in the yard, and a recipe book labelled “Dogs” in magic marker was in the house. Police are investigating whether suspect Scott Winter and his girlfriend may have been killing and eating dogs for meat.

Police arrested Winter, and it is now crucial that the courts treat this case with the severity it deserves, to prevent the suffering of any more dogs or other animals.

Sign this petition urging the Warren Police Department to investigate this case thoroughly, and prosecute to the fullest extent of the law — ensuring all parties responsible for this vicious act are never allowed near an animal again.

UPDATE: Scott A. Winter was sentenced to the maximum of one year in prison after pleading guilty to a count of prohibitions concerning companion animals, a fifth-degree felony. However, the judge presiding over this case released Winter from prison on January 4, 2019. He was placed on five years of probation, including one year of intensive supervision.