SIGN: Justice for Dog Roped Up in Basement to Starve in ‘Slow, Suffering Death’ 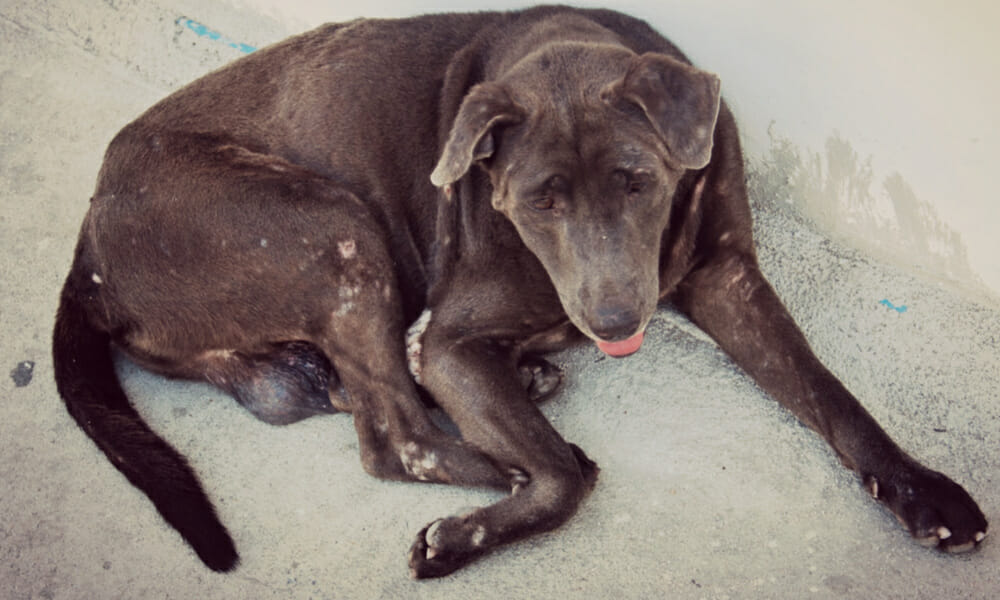 UPDATE (6/6/2022): Eric Hannon was ordered to a mental health evaluation and is not allowed to possess any animals. We thank everyone who signed this petition, and we will continue to fight for all animals. –Lady Freethinker

A dog named Athena spent her final days alone in a cellar, starving and presumably terrified while her Massachusetts guardian knowingly allowed her to die. Tied to a two-and-a-half-foot-long rope and wearing a prong collar, Athena had no choice but to languish until she succumbed to cruelty and neglect.

Officers discovered Athena’s unrecognizable remains six months later and identified her through her microchip. She was reduced to fur and bones.

A bone analysis determined that Athena had almost no body fat when she passed away, confirming the slow and torturous nature of her death.

Hannon reportedly admitted to leaving Athena tied up in his basement. When he returned to the house, he noticed the dog’s remains and simply left them there, abandoning the home altogether.

Athena died from prolonged and deliberate neglect, and it’s imperative that her abuser is held accountable for his actions. Sign this petition urging Worcester County District attorney Joseph D. Early, Jr. to make it clear that animal cruelty will not be tolerated by prosecuting the suspect to the fullest extent of the law.