SIGN: Justice for Dog Starved and Ripped to Shreds as ‘Bait’ 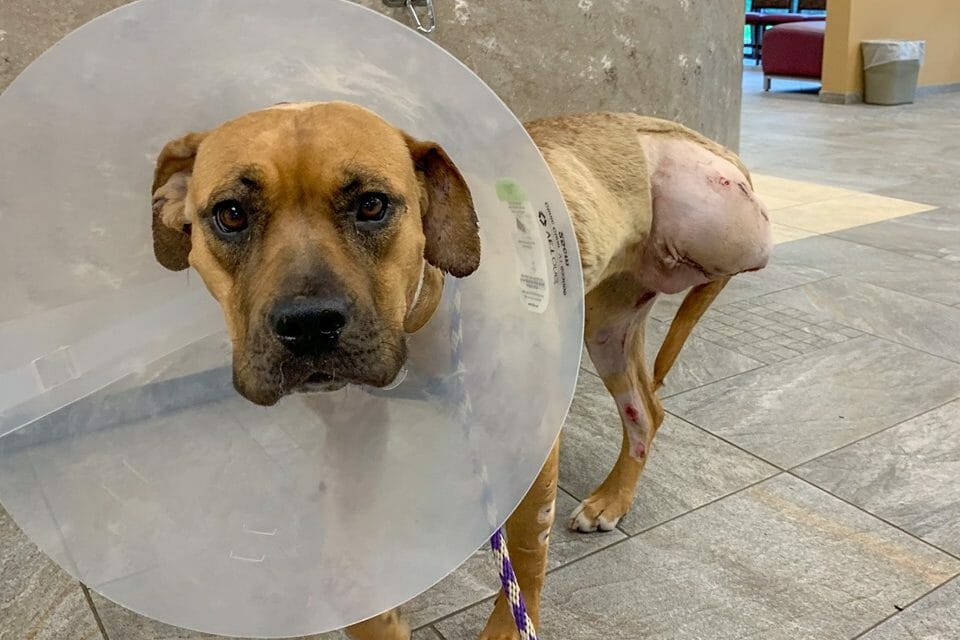 A female dog is recovering after someone tortured her, leaving her body ripped to bits, with bite marks and scars covering her legs, chest and head — her ears so lacerated they may be beyond repair.

In what they described as a “chilling scene,” animal control officers in Woodbridge, Connecticut found the canine so gravely injured, they believe someone used her as a bait dog in fights.

The poor dog, whom rescuers named Merritt after the street on which she was finally rescued, was also malnourished and weak from hunger. Merritt’s back leg sustained such terrible injuries that a veterinarian had to amputate the shattered limb in order to give the dog the best chance of a pain-free life.

A witness notified WAC of Merritt’s plight after they saw multiple cars hit the mastiff mix as she ran, terrified, across Merritt Parkway. The first SUV hit her in the shoulder. The second completely dislocated her rear left leg so badly, it was facing the other direction.

“Merritt could not wait to get in our crate once we arrived,” WAC said in a Facebook post. “It was if we could hear her sigh of relief that she was in a space where she thought she was safe. It was there that we realized the true horror that this poor girl had been living.”

We must speak out against this brutal animal cruelty and ensure that the person who caused Merritt — and possibly other dogs — such severe suffering is brought to justice.

Sign this petition to urge Woodbridge Police Chief Frank P. Cappiello to investigate this heinous crime against innocent Merritt and ensure the culprit is prosecuted with the full force of the law.