SIGN: Justice for Dallas, Dog Starved to Skin and Bones 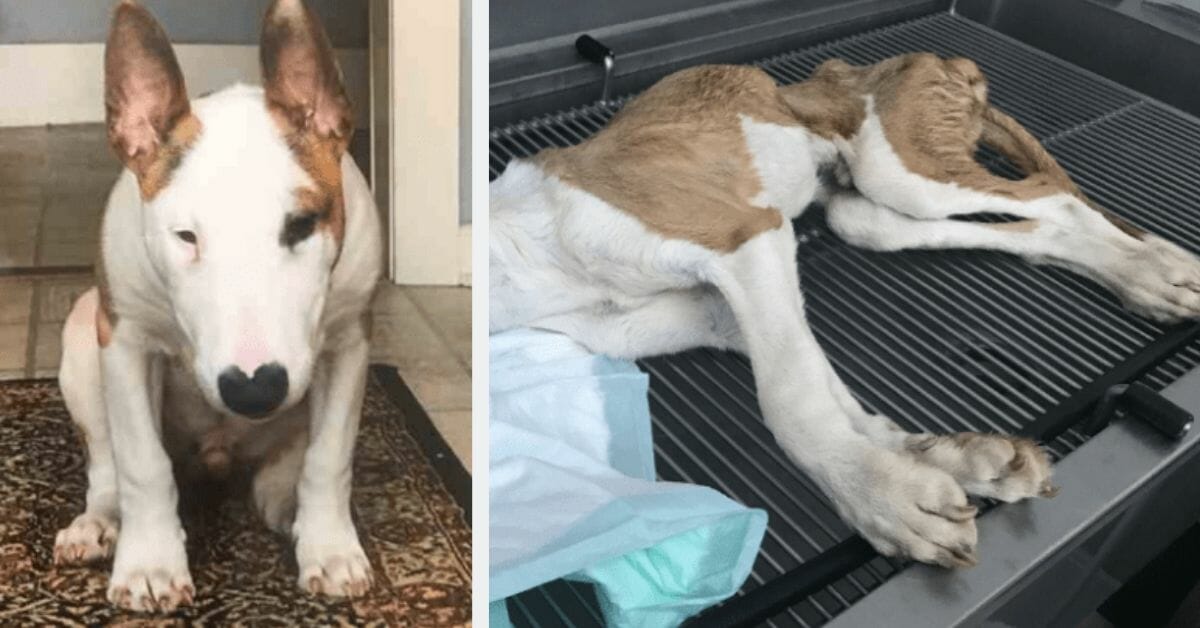 UPDATE (5/31/2022): Randi LaFerney was originally charged with animal cruelty, but her charges were dismissed because she claimed it was her trainer, Andrew “Andy” Hunigan, who was at fault, according to WCYB News 5. She was only charged with attempting to tamper with evidence. However, Andy was charged and plead guilty to aggravated animal abuse. He was sentenced to one year in prison, but will only serve one year probation because he has no criminal record, according to Johnson City Press. We would have liked to see a stronger sentencing, but we thank everyone who signed this petition. We will continue to fight for all animals. — Lady Freethinker Staff

An 8-month-old bull terrier puppy reportedly died of starvation after spending five weeks at a training center. During his stay, he was apparently deprived of food and water and suffered a slow, agonizing death at the hands of the trainer who was supposed to care for him, according to an arrest warrant as reported by Johnson City Press.

The puppy, Dallas, was so emaciated that he had zero percent fat content by the time he died, an autopsy confirmed. He had no sign of any food in his intestinal tract and was severely dehydrated.

Dallas’ guardians, Susan and Brian Arnold, sent the adorable puppy to the training center in Johnson City, Tennessee in April. He was meant to stay for two weeks of intensive training.

However, trainer Andrew Hunigan allegedly delayed Dallas’ return week after week, reportedly telling the Arnolds they couldn’t visit the puppy as it would disrupt his training.

Finally, Hunigan called the couple to let them know Dallas had died, claiming the puppy had strangled himself trying to escape from his crate.

Yet, the shocking truth seemed obvious when the heartbroken couple picked up his body, which was nothing more than skin and bones.

Police charged Hunigan and his boss Randi LaFerney with aggravated animal cruelty, but both were released on a $10,000 bond.

Susan and Brian Arnold trusted the accused to care for their beloved dog; instead, Dallas was tortured and killed.

Sign the petition urging Washington County District Attorney General Baldwin to prosecute all guilty parties to the fullest extent of the law, and send a clear message that animal cruelty will not be tolerated.