SIGN: Justice for Buddy, Dog with Both Rear Legs Brutally Sawed Off 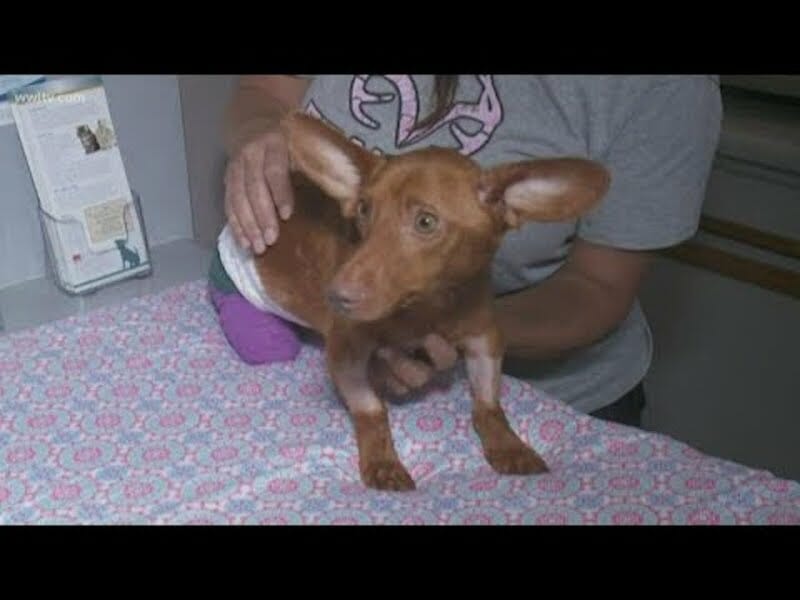 UPDATE (6/1/2022): Lynette Victor pleaded guilty to aggravated animal cruelty, according to AP. She was sentenced to seven years in prison, which was suspended — meaning she will not go to jail unless she commits additional crimes in her 3-year probation period.  She also was fined $5,000 and must pay restitution for veterinary expenses. We thank everyone who signed this petition, and will continue to fight for all animals. –Lady Freethinker Staff

A Louisiana woman and her 17-year-old daughter cut the hind legs off their dachshund Buddy before dumping him in a trailer park in the Slidell area, according to law enforcement officials.

This horrific “home surgery” attempt left Buddy with exposed bones in his legs and tail, open sores and torn skin.

The tortured pup lost so much blood that vets had to give him a blood transfusion to save his life. When he regains strength, Buddy will require further surgeries to repair the damage done in this gory act of abuse.

As if this story wasn’t heartbreaking enough, the St. Tammany Parish Sheriff’s Department report that Buddy was suffering long before his legs were hacked off.

Months earlier, his guardians reported that Buddy had been shot. However, they failed to get him any medical attention, resulting in him being partially paralyzed, dragging his hindquarters along the ground.

Police arrested a 50-year-old woman and her daughter for aggravated animal cruelty; both have been released awaiting trial.

Buddy is lucky to be alive following his agonizing ordeal but has a long road to recovery ahead. We must act to prevent his abusers from hurting more animals in the future.

Sign this petition urging the St. Tammany Parish District Attorney to prosecute to the fullest of the law and call for a lifelong ban on any of the defendants ever having animals again.