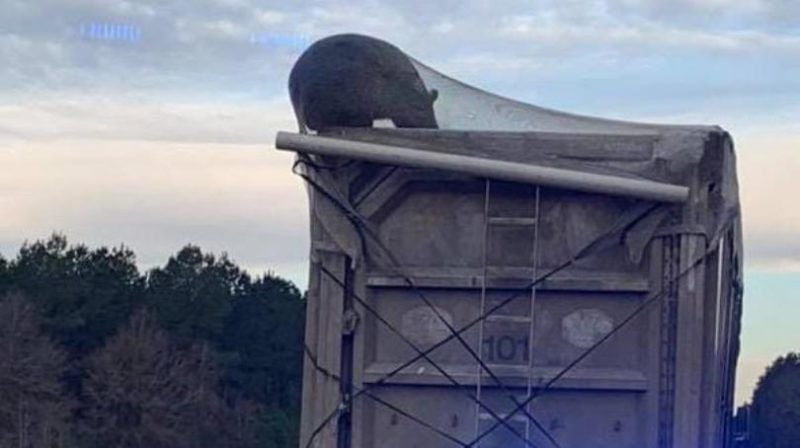 On Wednesday morning in Windsor, North Carolina, a hungry bear decided to help themself to the delicious scraps on a garbage truck. Unfortunately, he got stuck, and had no choice but to take a ride until concerned motorists dialed 911 to report a bear hanging from the vehicle.

During a stop, the bear had been lured aboard by the truck’s contents. While he was still there, the unsuspecting driver secured the netting that keeps the garbage in place and drove off to continue business as usual.

The driver of the garbage truck was stopped just outside of Windsor by a sheriff’s deputy, according to Sheriff John Holley. For safety reasons, he was advised to continue to the local landfill before freeing the bear; however, the bear managed to free himself and ran into the woods.

While this story may understandably elicit a few chuckles, it’s a relief that the bear was unharmed.