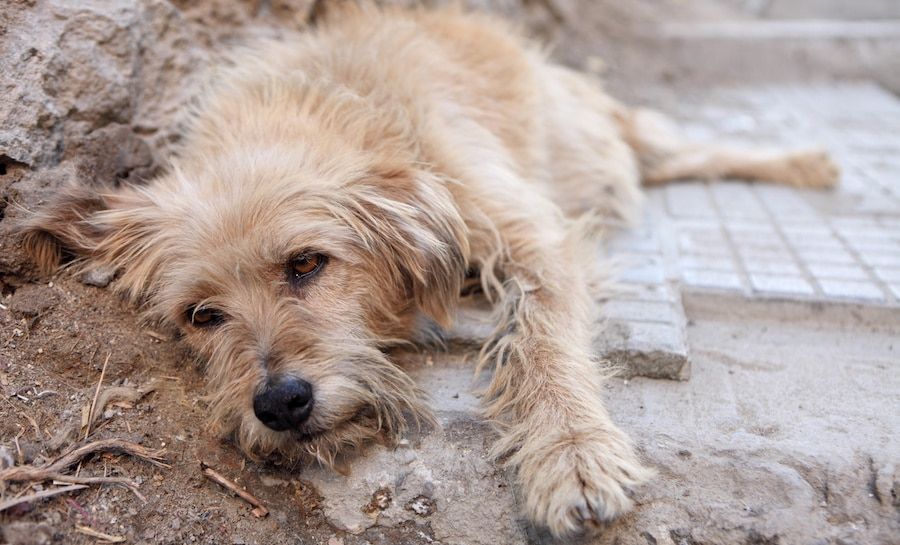 UPDATE (4/4/2022): Roberts pleaded guilty in February to one count of third degree animal cruelty for causing the death of six dogs by failing to provide proper care. The plea agreement sentenced her to 90 days in a Burlington County Jail and five years of probation, during which she cannot own or care for animals, according to Patch News. She was formerly indicted on eight counts of animal cruelty by a grand jury in December 2019, a month in which authorities found more dogs at this same property, indicating that the puppy mill was still up and running. We’re disappointed in such a lenient sentence for the horrific conditions in which these dozens fo dogs were found, and we’ll keep doing all we can to advocate for animals.  —Lady Freethinker Staff

Authorities discovered 161 dogs living in filth and neglect — and the frozen corpses of 44 dogs who did not survive — when they raided a canine house of horrors in Shamong Township, New Jersey late last year.

Kept in conditions so decrepit and inhumane that the house was later condemned, the dogs were living both inside and outside in piles of their own feces and urine. Rescuers suspect that some of the dogs had spent their entire lives in cages in this alleged puppy mill.

Investigators reported serious signs of abuse; four dogs were in such dire condition they had to be rushed to an emergency vet for treatment. One dog later died, partly due to severe malnutrition.

The New Jersey State Police arrested 65-year-old Donna Roberts, the woman running this horrendous facility. She faces four counts of animal cruelty and 15 counts of unlawful confinement and may not care for any animal while her case is pending. Now, it is imperative that she is never allowed to harm an animal again.

Sign this petition urging Burlington County Prosecutor Scott Coffina to work toward shutting this puppy mill down for good, banning the owner from breeding or caring for animals for the rest of her life.