Sale of Puppy Mill Dogs Now Banned in 250 Places in the U.S. 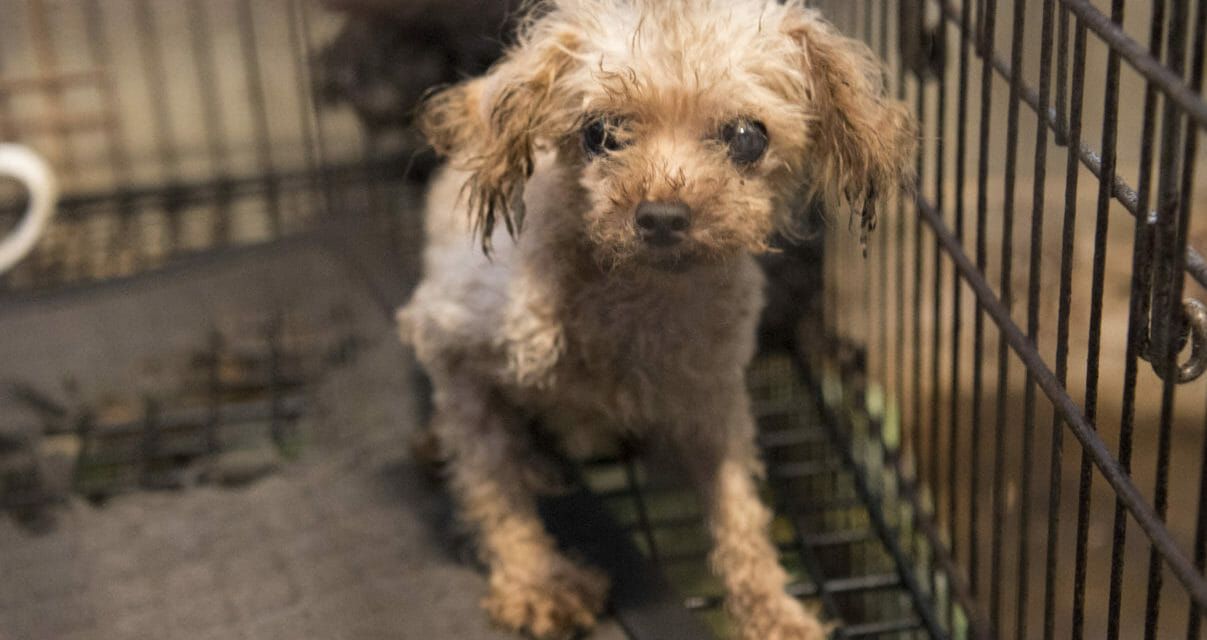 The city of Poulsbo, Washington, has joined hundreds of other places in America that have banned the sale of puppy mill dogs and cats in pet stores. That brings the total number of towns, cities, counties and even states who now forbid the cruel practice to 250. Progress is happening!

By banning the public sale of animals sourced from mass-breeding facilities, authorities hope to decrease the number of animals euthanized at shelters every year and reduce the problem of cruel conditions witnessed at puppy mills throughout the country. “By closing the markets for the sale of dogs from puppy mills,” The Humane Society of the United States (HSUS) says, “the law redirects consumers to shelters and rescues.”

It’s not only smaller towns and cities that are standing up against the inhumane practices of mass animal breeding. In October, California made headlines by becoming the first state to ban puppy mills; requiring that dogs, cats and rabbits must come from shelters and rescue facilities.

It is a sad fact that an estimated 1.2 million dogs are euthanized by shelters every year, due to their inability to find homes for these animals. Yet more than two million puppies are bred in puppy mills every year. It’s easy to see that by eliminating puppy mills and adopting animals from rescue centres instead, proactive cities and states can quickly turn these shocking statistics around.

Legally, to sell animals to a pet shop, a breeder is required to have a license. However, many breeders and pet shops flout this law. Even those dealers licensed by the USDA are only required to meet the minimum standards of the Animal Welfare Act (AWA). These standards are not the optimal animal welfare standards: dealers can still house animals stacked in tiny stacked cages for their whole lives, with no exercise or human interaction.

The problems with puppy mills are well documented by the HSUS and the American Society for the Prevention of Cruelty to Animals (ASPCA.) Reports compiled over the last few years document the inhumane living conditions at many of the 100,000 puppy mills currently in operation in the U.S.

You can ensure that you don’t support the cruel practice of puppy mills by adopting animals from shelters or rescue centres; seeking out independent breeders who are proven to care about animal welfare; or supporting only pet shops that have humane policies in place, such as those that have signed the Humane Society of the United States’ Puppy Friendly Pet Store Pledge.

The Humane Society offers a free downloadable advocacy guide to help you take action on these issues in your local community.