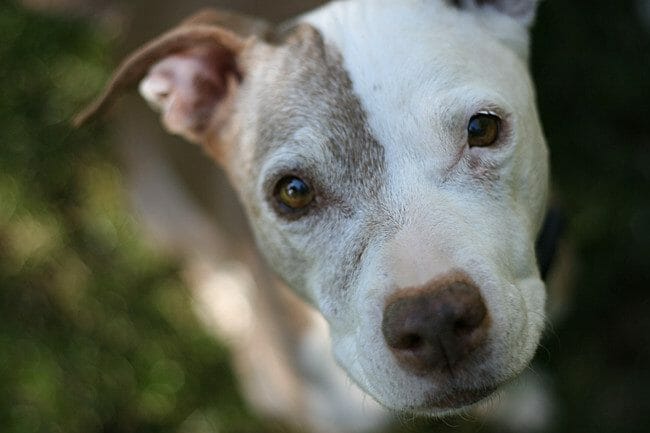 Someone is brutally dismembering dogs in Hopkinsville, Kentucky and leaving body parts behind for their families to discover.

Residents are shaken over the gruesome attacks, which include at least two dogs who were killed and cut up. One of the victims was a 13-year-old pit bull named Dozer, who was known for his gentle and affectionate demeanor.

The cases are so disturbing, the specific details are being withheld by the media. One witness stated that he never wants to think about the sickening sight again.

“It’s worse than what we usually see,” said Irene Grace, the director of the Christian County Animal Shelter. “We are used to seeing neglect, and abuse, but we are not used to seeing anything like we have seen lately.”

Although community members are too traumatized to discuss the incidents in-depth, they know their dogs aren’t safe and have been advised to keep a close eye on their pets, since the criminal behind the cruel acts is still at large.

The person committing these attacks is a threat to the safety of both animals and humans and must be put behind bars as soon as possible.

Sign this petition urging the Hopkinsville Police Department to use all available resources to find and prosecute this individual before more innocent dogs are tortured and killed.