SIGN: Justice for Puppy Shot by Police Officer While Playing In the Park 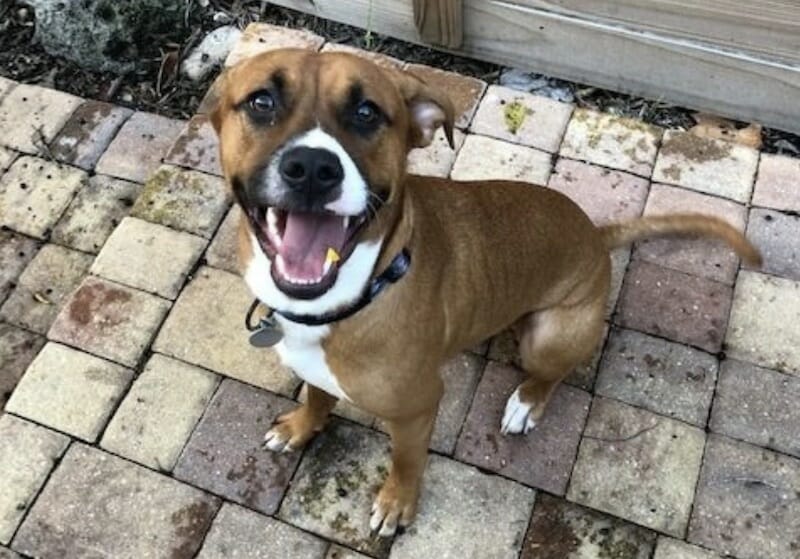 UPDATE (5/16/2022): Lady Freethinker sent our petition, signed by more than 25,800 people, over to Clay County Sheriff Darryl Daniels. We have since learned that t deputy responsible for this atrocious act has retired, but we have not been able to learn about any other changes to deputy training despite multiple check backs. We will do all we can to continue to advocate for humane treatment of animals. — Lady Freethinker Staff

An off-duty deputy drew his gun and shot one-year-old puppy Parker dead as the friendly dog played in a local park in Clay County, Florida.

Parker was running around off leash when he spotted the deputy walking his dog. The excitable hound/boxer mix was running towards the pair to say hello when Lt. Mark Cowan pulled out his personal handgun and killed him.

According to the incident report, Cowan thought Parker was a 40-50 pound pitbull and shot him in self-defense.

Parker’s guardian, Miranda Abba, was out of town at the time, but she says Parker was a sweet, friendly dog who had never shown aggression towards anyone.

Although a report was made, the Clay County Sheriff’s Office says no charges will be filed, and the case is closed.

This is a shocking act of unnecessary force, used against a dog showing no signs of aggression. As a law enforcement officer, Lt. Cowan should have used non-lethal alternatives to deal with this situation.

Sign this petition urging the Clay County sheriff’s office to take cases of animal death seriously, and enact a mandatory training program for all officers so they can deal with animals properly and safely.