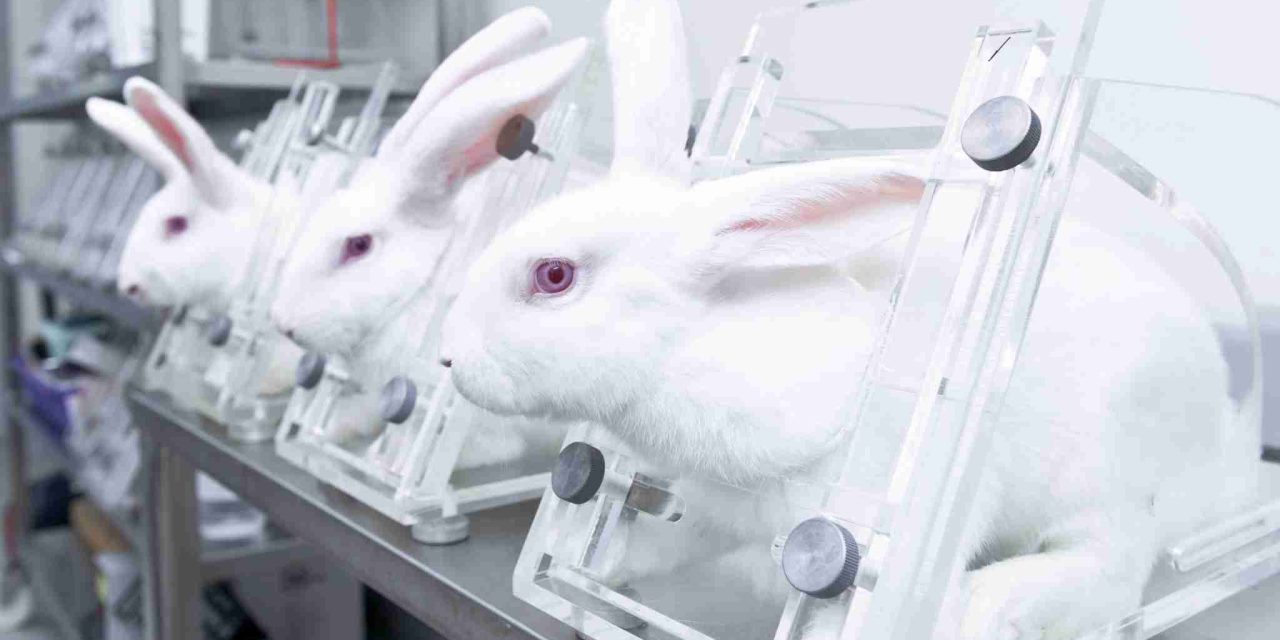 UPDATE (12/19/2022): New York Gov. Kathy Hochul signed these bills, which take effect Jan. 1, 2023! New York is now the 10th state to ban these cruel cosmetics tests. Thank you to everyone who signed our petition, and we’ll keep doing all we can to advocate for animals suffering in laboratories! — Lady Freethinker Staff

Animals used to test ingredients for cosmetics undergo brutal and painful procedures, including having shampoos dripped into their eyes, chemicals rubbed into open wounds in their skin, or toxic substances forced into their bodies until they die.

The suffering and deaths of the thousands of animals used in these grotesque procedures — most commonly mice, rabbits, and guinea pigs — is completely unnecessary, because the United States doesn’t mandate testing on animals for cosmetics and compassionate alternatives already exist, such as computer models and human cell-based tests.

New York is the latest state to recognize the cruelty and nonsense of continuing to force defenseless animals to severely suffer to create “beauty” products for people. Senate Bill S4839B, the state’s Cruelty Free Cosmetics Act, would end the sale within the state of new animal-tested cosmetics.

“No animal should ever face abuse or unsafe conditions, and we have made it clear that New York will not tolerate their mistreatment,” said Sen. Alessandra Biaggi, the bill’s sponsor.

The bill has passed the Assembly and Senate and is on its way to New York Gov. Kathy Hochul — and it’s critical that this life-saving legislation pass.

Sign our petition urging Gov. Hochul to quickly review and whole-heartedly support the NY Cruelty Free Cosmetics Act. It’s the right thing to do — for both people and the estimated half a million animals who suffer and die in cruel cosmetic tests each year.