Sign: End All Gruesome Trophy Hunting In The UK 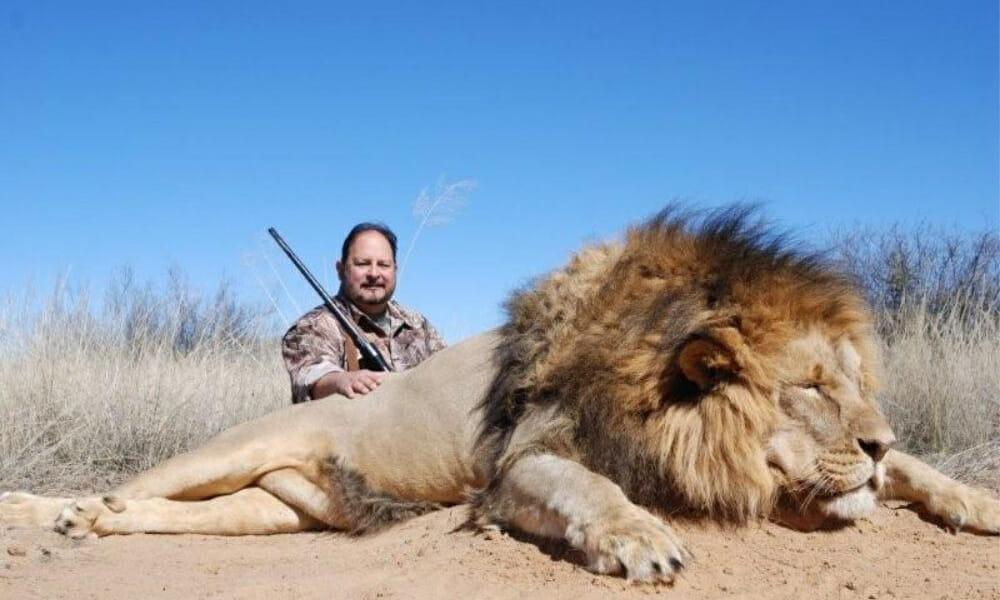 The UK is closer than ever to banning trophy hunting, and with your voice we can ensure a swift, necessary victory for the scores of innocent animals — including endangered species — who are stalked, tortured, and butchered in the name of human vanity.

The UK government recently pledged to significantly strengthen wild animal protections. And with public consultation now open, the elephants, lions and other majestic animals ruthlessly killed for “trophies” need your voice to help save their lives.

No matter where you live, you can participate. Sign this petition and then write to the Department for Environment, Food & Rural Affairs (DEFRA) to tell them you support Option 3, which is for a total ban of trophy hunting.

The UK was the destination for some 2,242 “trophies” from murdered animals in the past decade – 15% of which were endangered. Your voice can stop trophy hunting dead in its tracks.

Sign this petition to urge DEFRA to end the barbarism once and for all and enact a full ban on trophy hunting.

After signing, please email Defra at [email protected] and tell them that you strongly support Option 3 – a ban on all hunting trophies entering or leaving the UK – as set out in the Consultation on Controls on the import and export of hunting trophies. Campaign to Ban Trophy Hunting has provided a template and suggested email you can use for inspiration. Click here t0 access the email template.