SIGN: No More Endangered Animal ‘Trophies’ in the UK 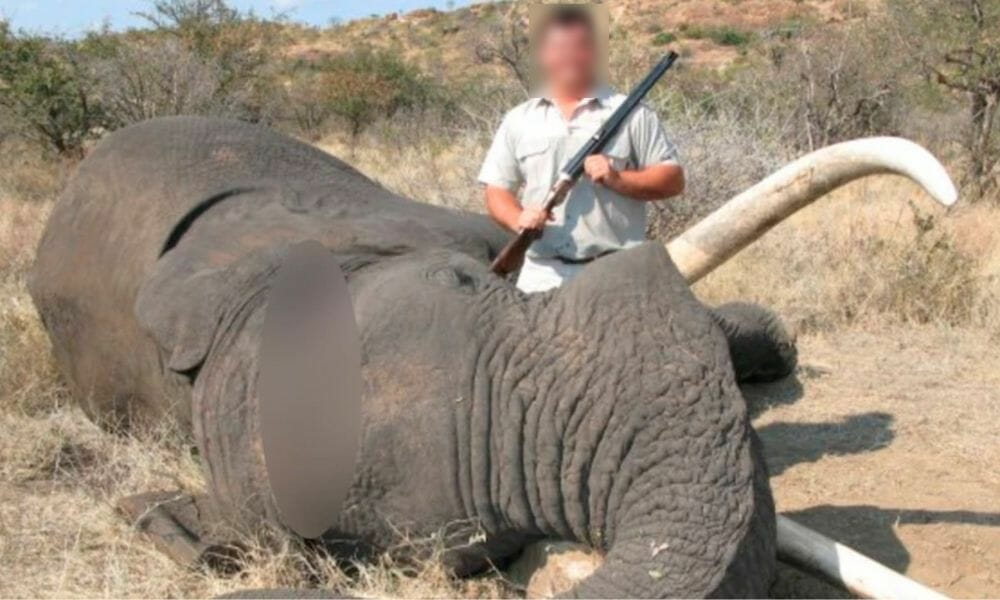 UPDATE (1/12/2022): There is currently a Private Members Bill, sponsored by MP John Speller and known as the Hunting Trophy Import (Prohibition) Bill, going through Parliament that is currently on its second reading. The bill, if passed, would “prohibit the import of wild animal specimens derived from trophy hunting.” We’ll continue to watch this case. MP Kristen Oswald also has issued a call to the government to set a concrete timeline for a trophy ban, according to Glasgow World. —Lady Freethinker Staff

Dozens of rhinos, lions, and polar bears die excruciating and senseless deaths each year at the hands of trophy hunters, who then bring back their dead bodies, hacked up to bits, to their own countries.

While the cruel industry exists across continents, hunters in the United Kingdom have imported “trophies” from more than 5,000 animals in the last decade – including tusks, teeth, skin, and skulls from 15 African elephants, 24 leopards and lions, 34 baboons and 27 hippos in 2019 alone.

The UK Government, which prides itself as a leader in animal welfare,  has said the increased pressure from the trophy hunting industry on iconic animals facing extinction is appalling and has proposed a ban on imports of endangered or threatened species that it’s calling the “toughest in the world.”

The ban would cover nearly 7,000 species of endangered animals, including lions, leopards, rhinos, elephants, and buffalo – otherwise known as the “Big Five” of the trophy hunting world – and an additional 1,000 species classified as “threatened” – including African buffalo, zebra, and reindeer.

A “trophy” would be defined as “a whole animal, or a readily recognizable part or derivative of an animal” – therefore protecting animals who are killed for specific body parts.

A government-sponsored poll of 44,000 respondents in 2019 showed that an overwhelming majority – a whopping 86 percent – wanted the ban on animal “trophies.”

It’s time for the UK to join France, Australia, and the Netherlands – all of which have banned imports on certain endangered species – in helping to end this bloody industry.

This ban also must be passed and enacted as soon as is legislatively possible.  These changes must be implemented more quickly than the country’s Ivory Ban, which was passed four years ago but has still not been implemented.

Sign our petition urging the UK Parliament to support and speedily pass this life-saving ban on imports of endangered species brutally killed as hunting “trophies.”