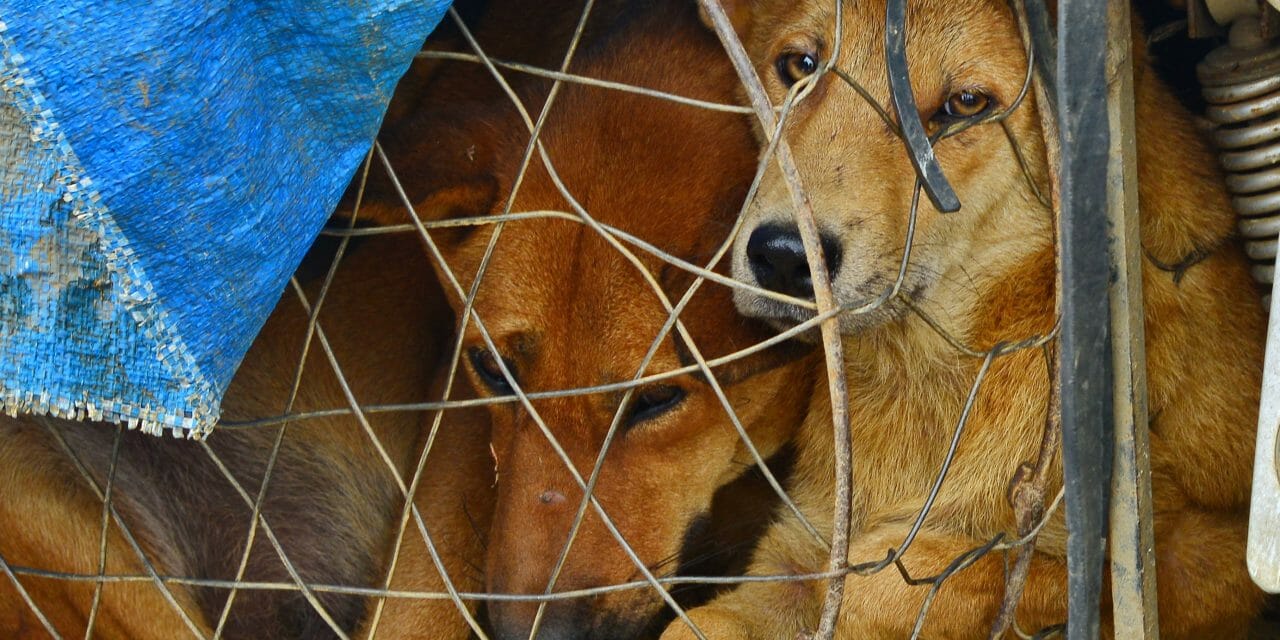 UPDATE (6/1/2022):  We sent our petition, signed by more than 28,500 people, to the Vietnamese Ambassador urging for an end to this horrific trade. Meanwhile, a new poll shows that up to 95 percent of Vietnamese people polled do not consider eating dog or cat as part of their “culture.” We’ll keep doing all we can to advocate for an end to this horrific trade. Thank you to everyone who signed our petition. — Lady Freethinker Staff

In Vietnam, millions of dogs and cats are abused, tortured, and killed annually in the horrific meat trade. Live animals are shoved into cramped cages and forced to endure a hellish journey to the slaughterhouse in scorching heat without any food or water.

Over 1,000 restaurants and markets sell dog meat in Hanoi alone.

The dogs and cats suffer from infectious diseases as they wait to die. Parasites, toxins, illnesses, and rabies can be passed on to the consumer, posing an alarming public health risk.

But it’s not enough. Despite the efforts of politicians and activists to end the cruel trade in Vietnam, there’s no law against it. As long as it remains legal to slaughter dogs and cats for their meat, the ruthless practice will continue.

Sign this petition urging Ambassador Ha Kim Ngoc to urgently push for a countrywide ban on the dog and cat meat trade and put an end to this cruel and dangerous practice.