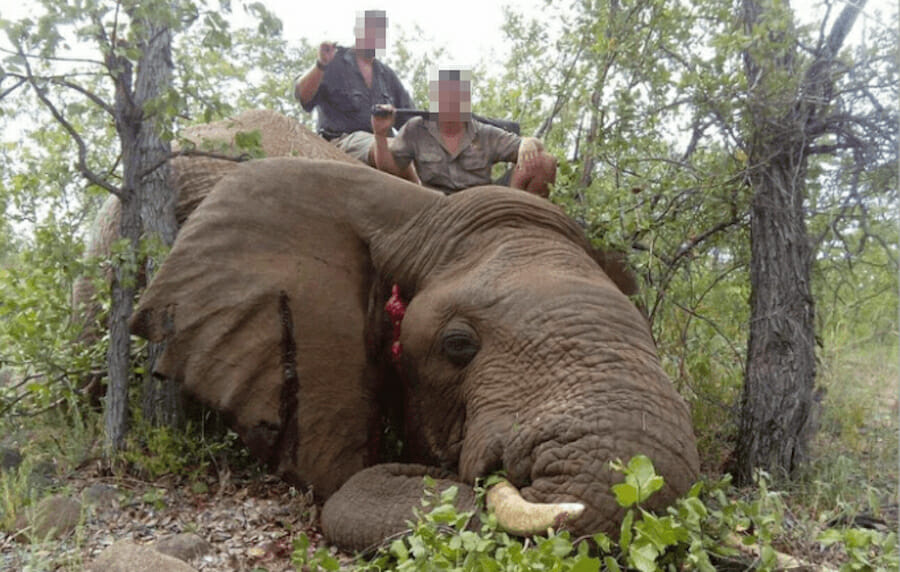 UPDATE (7/22/2022): We sent our petition, signed by more than 48,000 people, to the Ambassador of Botswana. Unfortunately, trophy hunting is set to continue for the imminent future. We’ll continue to denounce this cruel blood sport and do all we can for animals. Thank you to everyone who signed this petition! —Lady Freethinker Staff

Hundreds of elephants throughout Africa are cruelly slaughtered by poachers every year, and now the government of Botswana has put further pressure on these animals by allowing trophy hunting — lifting their ban on killing elephants, and selling permits that will allow rich hunters to gun down these majestic animals and hack off their parts as “trophies.”

Not only ethically wrong, elephant hunting is exceedingly inhumane. Seldom are these majestic, sensitive animals killed instantly in one shot. Instead, they die slowly and in great agony, bleeding profusely as they try to flee in terror.

Citing increasing conflict between elephants and humans, and ignoring the advice of conservationists, Botswana’s President Mokgweetsi Masisi has removed a hunting ban that has been in place since 2014.

By doing so, Masisi is condoning the culling and murder by both locals and foreign trophy hunters of one of the continent’s most targeted animals.

Botswana has served as a safe haven for an estimated 160,000 elephants, and removing their protections will be disastrous, particularly with poaching still on the rise.

Murdering elephants is not an appropriate or sustainable reaction to human-elephant conflict. The government should instead put its energy into more humane solutions, such as wildlife corridors, education, awareness and rapid conflict resolution.