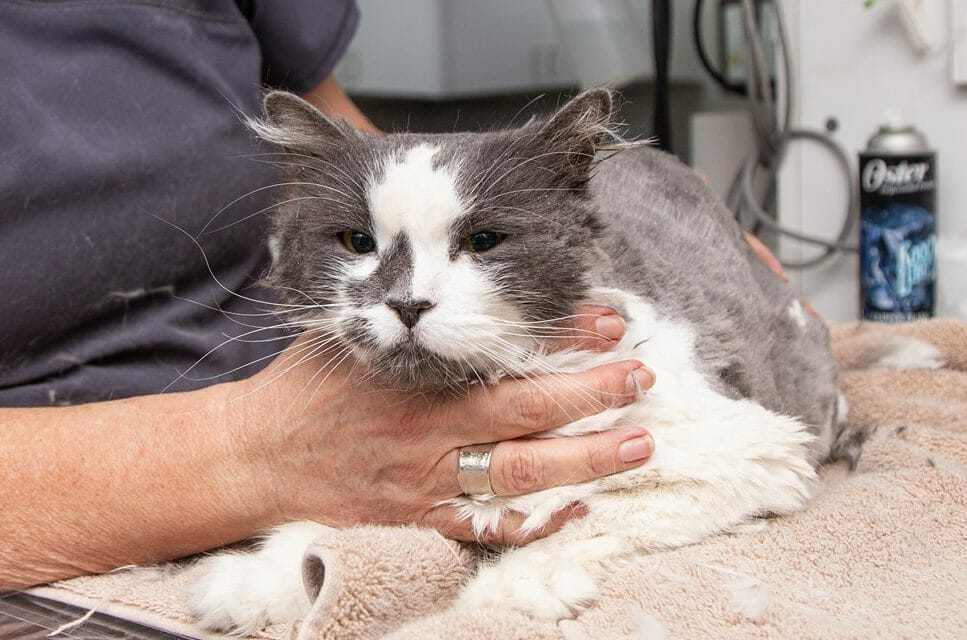 Unable to tell what type of animal they were helping because of how severely matted she was, staff members at the Arizona Humane Society’s Second Chance Animal Trauma Hospital shaved off over two pounds of fur from their mysterious patient. Out from underneath all the hair, Fluffer, an adorable four-year-old cat, appeared.

After shearing almost a quarter of the nearly eight-pound cat’s weight, veterinarians were able to examine and help her recover from what must’ve been a traumatizing experience.

“I have seen some rather horrific cases in my time rescuing animals,” Arizona Humane Society emergency animal medical technician Julie Bolchalk told People, “but had never seen matting this bad — they were larger than her entire body.” 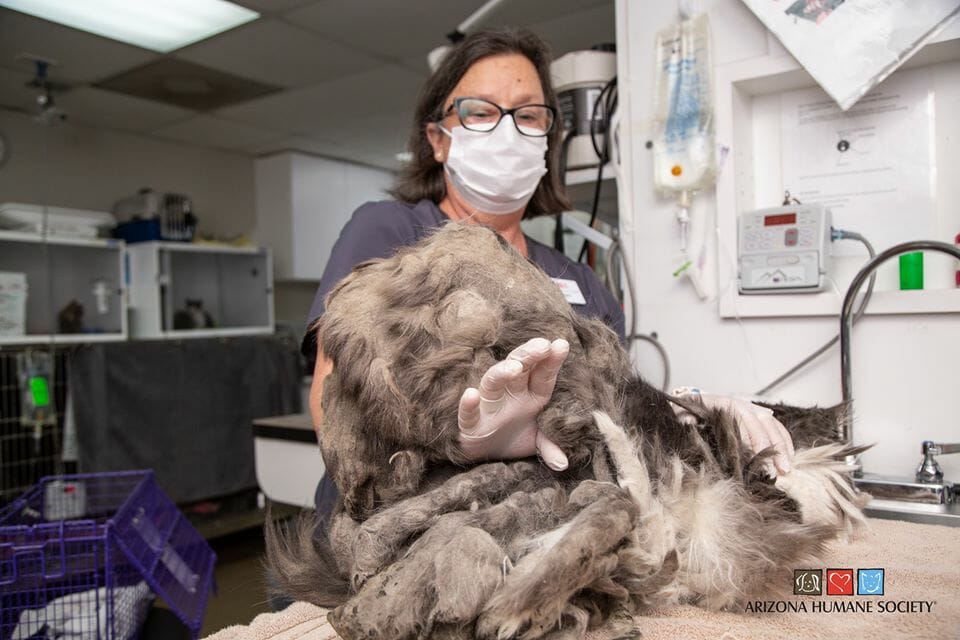 Surprisingly, Fluffer didn’t need to be sedated for the heavy-duty grooming procedure, which Bolchalk called a “miracle” due to the severity of her condition. A subsequent veterinary examination showed that she is in good health.

Only two days after arriving at the rescue, Fluffer found a loving forever family, according to the Arizona Humane Society’s Facebook.