Requiem for Max, A ‘Big Guy’ With A Huge Heart 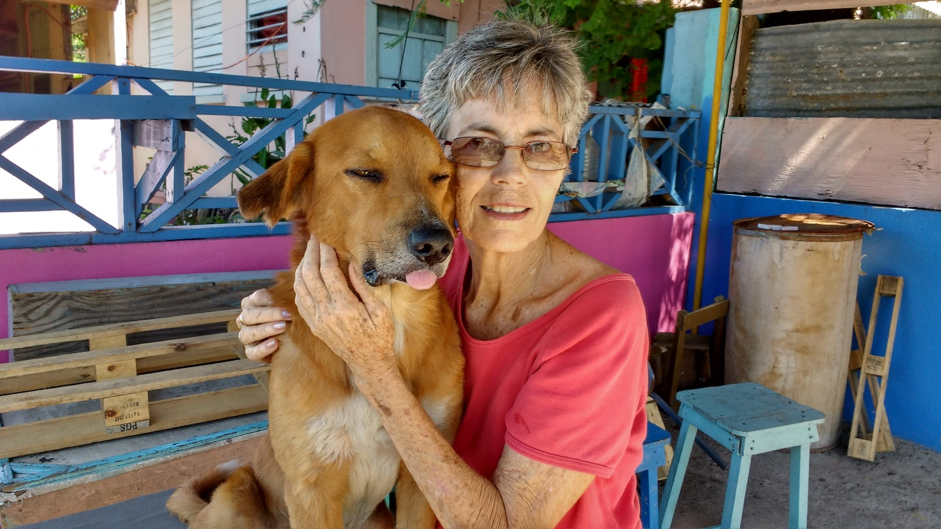 A few years ago, my husband and I got involved with a little community in downtown Kingston. It began with feeding dogs on the street. Soon people started coming to us for help with their animals.

Max will always be my favorite, a big guy with copper-colored fur and the gentlest, sweetest disposition I have ever met in a dog. Aside from accompanying the ladies in the yard when they went to do errands, he also liked the ladies of the four-footed variety. Very much. Max would disappear for days and come back exhausted, ravenously hungry and with all manner of injuries. We treated cuts and bites, chops and burns, and several times one or more of the pads on his paws would be almost severed. He patiently endured all the dressings, listened to all the scolding, and went out and did it again. 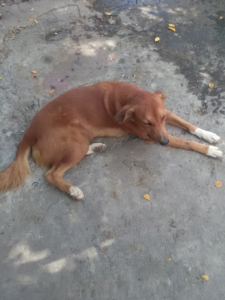 Max had guardians, but the man was always too busy “working,” and the lady was too busy trying to keep things together in a small space with no running water. At first they were suspicious of our motives, but when they saw we only cared about Max’s wellbeing, they warmed up and were happy for the help. And occasionally I would get lunch as a thank you. 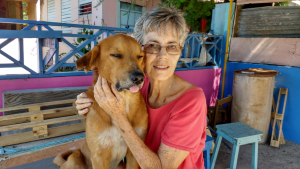 This picture was taken just after I had gotten him up on a makeshift table and picked out dozens of maggots from a wound just under his tail. A nasty place indeed to have someone poking around—but Max never made a murmur. He submitted meekly to being turned upside down and worked on for a couple of weeks until the wound was properly healed.

But the injuries kept reappearing. One bite on his neck turned into an abscess that we had to have lanced at Jamaica Society for the Prevention of Cruelty to Animals (JSPCA) more than once. Finally we took matters into our own hands and had him neutered—whether his owner liked it or not—expecting that, as usually happens, it would take a while for him to become a stay-at-home boy. But to our amazement almost immediately Max lost interest in going walkabout, and was content to lie in the sun and doze off. With no more fights his fur grew lustrous and thick and he really was stunning.

Max loved everyone—cats, other dogs, and people—but with one exception. He couldn’t abide dreadlocks and would turn on his loudest, fiercest bark whenever a “rasta” approached. Not even the nice young man who used to regularly bring fruit got a break. Max would watch his every move with a low growl permanently in his throat, ready to spring into action at any moment if he was needed. 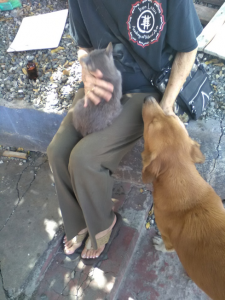 There was one thing he especially loved, and that was to have his coat combed. I would perch on a ledge and he would sidle up to me, rest his head on my knees and close his eyes. As I combed, I would hear a light sigh every now and then. It was as if he went into a trance, and more than once he just slid in slow motion down into a lying position without even opening his eyes. 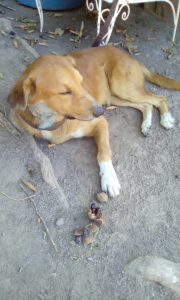 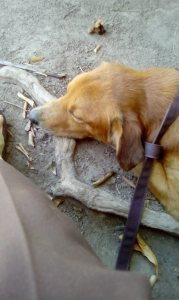 But age was catching up with him. He would have been around 11 or 12, and over time his appetite began to wane. He lost weight, and his bones started to stick out.

When the heavy rains started, he refused to come in to shelter. He stayed on the sidewalk in the downpour, oblivious to the thunder and the lightning, lying down where he had always enjoyed the cool breeze coming in from the sea.

This morning we took him to JSPCA, and Dr. Brown, the gentlest vet in the world, put him down for us.

He was ready. I wasn’t. I am never ready.

It will be a strange world without you, Max. But now you are free, nothing to hurt anymore. So run and jump again like you did as a puppy.

Fly with the angels, and sleep the sleep of a life well lived.

You will be much missed. 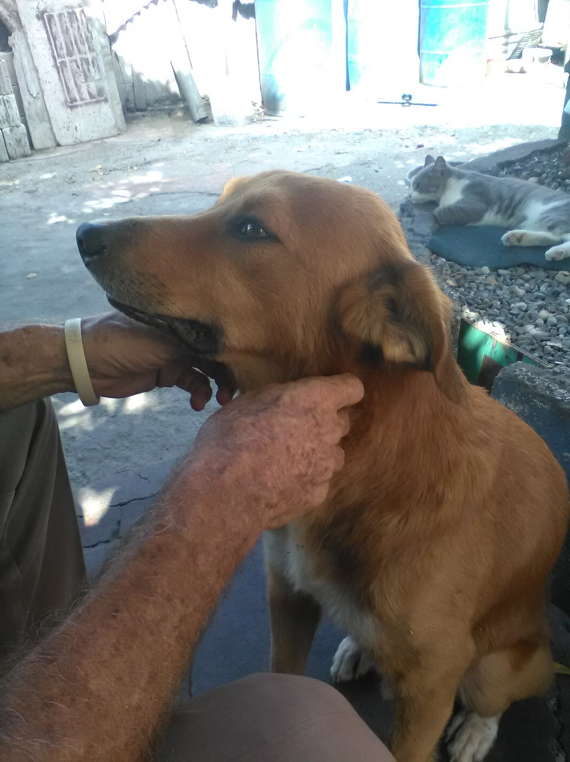