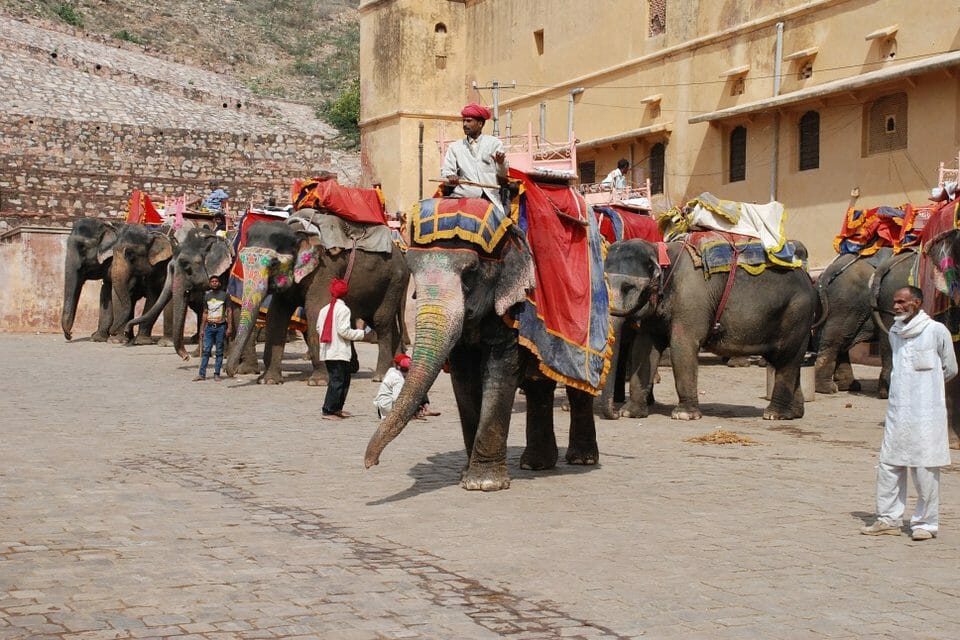 The cruel trade is prevalent throughout Asia, but is especially visible in Jaipur, where over 100 elephants are forced to provide rides to tourists. The “Refuse to Ride” campaign is kicking off by spreading messages through billboards, rickshaws, travel and airline publications, and digital media.

From the outside looking in, elephant riding seems harmless to many, but what goes on behind “closed doors” is another story.

“What transpires before the elephant ride is animal cruelty and torture at its worst. Once stolen as babies from their families in the wild, they are beaten until they can’t take it any more in order to break their spirit and force them into a life of enslavement to line people’s pockets,” Katie Cleary, Founder of Peace 4 Animals and World Animal News, stated.

There’s even a name for the spirit-breaking process elephants are subjected to: phajaan. During “phajaan,” elephants are conditioned to endure 18-hour “work days” and to automatically follow commands simply to avoid painful abuse.

“Our goal is to raise awareness about the horrors that elephants are subjected to so that people around the world can make an educated and compassionate decision to help end this abhorrent industry by refusing to ride elephants,” Cleary continued.

One-third of Jaipur’s working elephants are over 50 years old and nearly 20 percent of them are blind. They all suffer debilitating physical problems, including cracks, deformation, and arthritis, and many of them were illegally trafficked from the wild.

The “Refuse to Ride” campaign is an important step toward eliminating elephant riding from the tourism industry by reducing the demand for it and the willingness to support it. By learning the straightforward facts about elephant riding, travelers are being empowered to make conscious, animal-friendly decisions.