SIGN: Justice for Elephant Hacked to Death by Mob 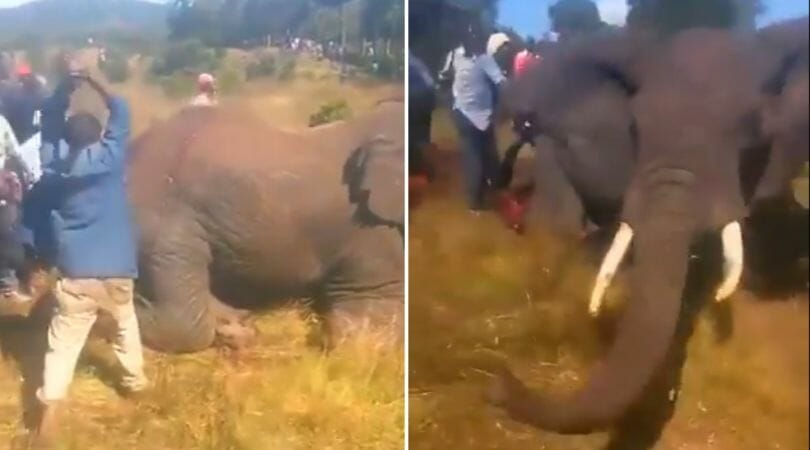 An innocent elephant was brutally hacked to death simply for wandering near a farm in search of food in central Kenya’s Imeni Forest, near the city of Meru.

While desperately fleeing angry villagers armed with axes and machetes, the elephant’s leg got stuck in a hole. The assault continued as villagers slashed the already-injured elephant until the animal crumpled to the ground.

It was too late to save the elephant’s life when investigators from Kenya Wildlife Service (KWS) arrived at the scene.

Though the disturbing incident happened last year, previously unseen video footage recently surfaced online, renewing hope that the perpetrators will be brought to justice. In light of this new evidence, KWS has relaunched their investigation into the gruesome attack.

The individuals behind this horrifying crime must be held accountable for their actions. Sign this petition urging Kenya Wildlife Service officials to show that killing these highly-endangered pachyderms will not be tolerated by putting every available resource toward finding and arresting the elephant’s attackers.