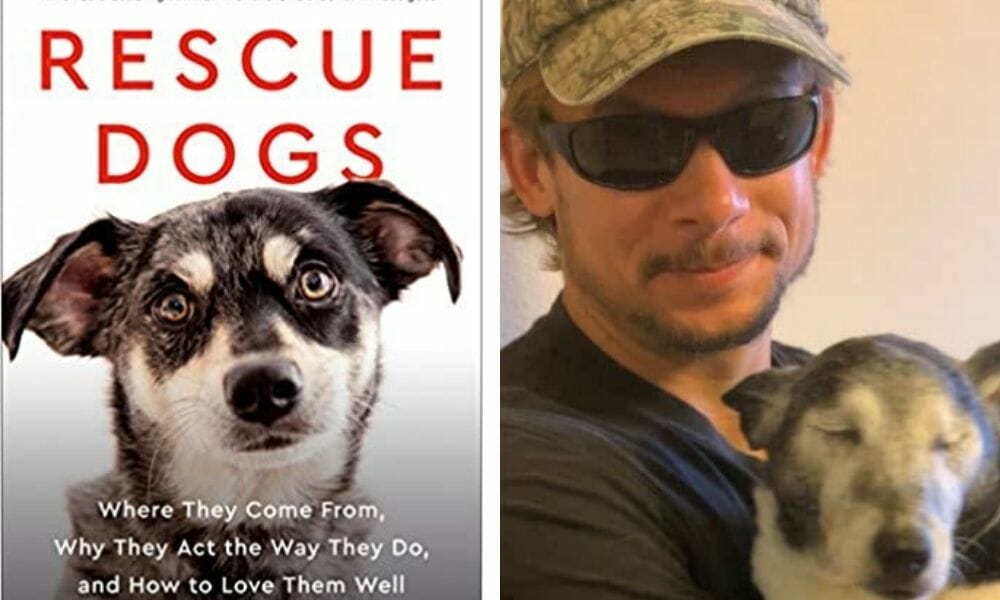 “Rescue Dogs: Where they come from, why they act the way they do, and how to love them well” by Pete Paxton is a must-read for any dog lover.

Despite rave reviews from members of the public about his work as one of America’s leading animal welfare undercover investigators, Paxton (not his real name) quickly establishes himself as more of a Dark Knight-type figure.

“I’ve made my career operating in a nebulous area of the law,” he concedes. “My work involves lying to people and gaining employment under false pretenses. It involves secretly filming people and their actions. It means gaining the trust of others — some of them bad, some of them good– and then breaking it repeatedly. Cops have threatened to arrest me more times than I can count.”

The book first takes readers into the grim underbelly of situations that produce rescue dogs– from dogs subjected to individually abusive “guardians” to dogs used in scientific research; from dogs bred in large-scale commercial operations to backyard and “mom-and-pop” breeders who supply pet stores with dogs.

The situations can get dangerous for Paxton; in one instance, he’s required to jump into a ditch of dead dogs in rural Arkansas to grab “evidence” while the property owner speeds toward him on an ATV.

But Paxton goes on to say that he puts up with the dangers and the hardships for a simple reason: He loves dogs.  He loves happy dogs and sad dogs, senior dogs and playful puppies.  As the title of his book implies, he particularly loves rescue dogs, who have a special place in his heart for being survivors.

“Rescues need to have navigated terrifying ordeals simply to have made it to a shelter,” he writes.

Readers meet eight of the dogs who changed Paxton’s life in the book’s opening pages. They include Spot, an abused chow mix fed moldy food and kept chained to a dilapidated shed, and Emma, a 3-year-old chihuahua with rotting teeth in the home of a “mom-and-pop” breeder.

Some dogs Paxton rescues. Others he must leave to their fates, so as not to jeopardize his undercover work. But each dog teaches him lessons and give his life purpose, and their thought-provoking stories will keep captivated readers turning the pages.

The second part of the book, which details what new pet parents might need to care for a rescue dog they just might be inspired to adopt, seemed a bit basic at first. But even veteran dog guardians, like me, are bound to pick up some interesting tidbits along the way.

For instance, I knew I wasn’t supposed to feed my dog onions or chocolate — but I didn’t know that was because onions can cause anemia in dogs, with toxins building up over time, or because chocolate contains theobromine, an alkaloid that dogs can’t metabolize. Paxton also peppers the second part of the book with heartwarming stories of pups and people who found a new lease on life after rescuing each other, as well as some solid tips for how to avoid fake “rescue” organizations.

Amidst his rhapsodizing of the many virtues of rescue dogs, Paxton does add a cautionary note– namely, that people who adopt a dog should make sure they have the time, money, energy, and patience to adequately care for the animal.

The final part of the book provides a number of action steps for people who want to get involved in any number of ways — including fostering, adopting, volunteering, signing petitions, donating financially to a legitimate animal cause, organizing protests, or otherwise raising awareness — with Paxton emphasizing the fight for better treatment for dogs is ongoing and requires everyone’s help.

“Never underestimate your power as an individual,” he writes. “This  battle is a team effort… this fight is winnable.”