SIGN: Pass the ‘Beagle Bill’ So Ex-Laboratory Dogs Get Adopted, Not Killed 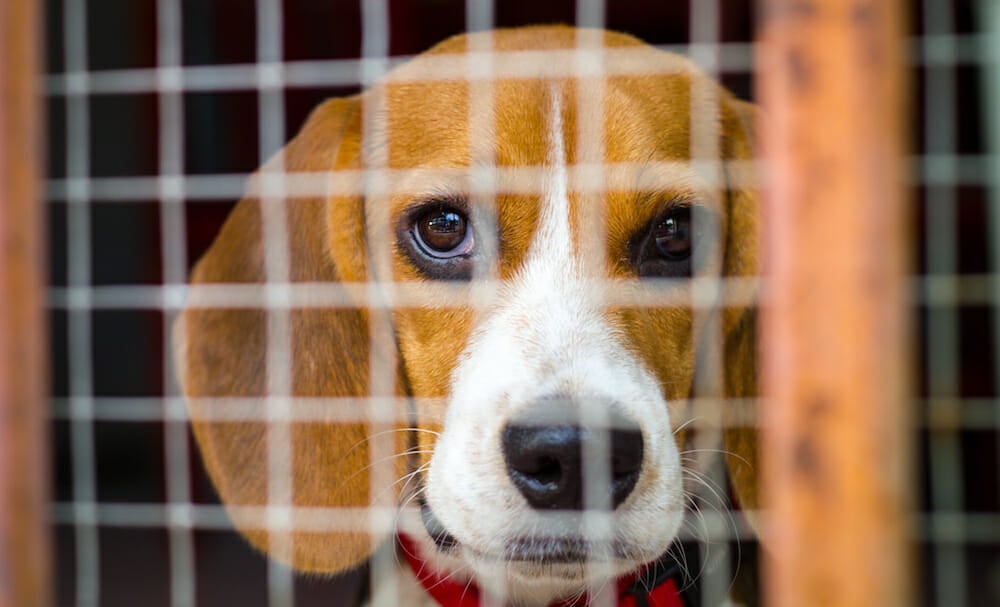 UPDATE (6/3/2021): The Act Protecting Research Animals — also known as the Beagle Bill — is before Massachusetts legislators in the form of House bills HD1736 and HD 1940 and Senate bill SD2. The legislation has been referred to the House Committee on Environment, Natural Resources and Agriculture. Please sign this petition encouraging legislators to hear– and pass — this important legislation that would give research dogs a chance at finding loving forever homes!

Held captive in lonely metal cages and burned, sliced and poisoned for cruel medical experiments, most laboratory dogs are callously destroyed at just a few years old when they are no longer “useful” to researchers.

But with new legislation, Massachusetts activists and lawmakers are working to stop this needless killing in their state. The “Beagle Bill” — so named because beagles are the most common breed used for testing — would require all institutions conducting research on animals to partner with animal shelters and adoption agencies to help place the animals into loving homes when the experiments end.

In Massachusetts, this bill was approved by the Senate in 2019 but never passed into law. Every year that this legislation is delayed, around 300 dogs in the state are needlessly killed after years of suffering.

It’s time to stop killing adoptable dogs who have years of love to give.

Sign this petition urging Governor Baker to strongly support the Beagle Bill, ensuring these innocent animals get the chance to live the rest of their lives protected and loved.