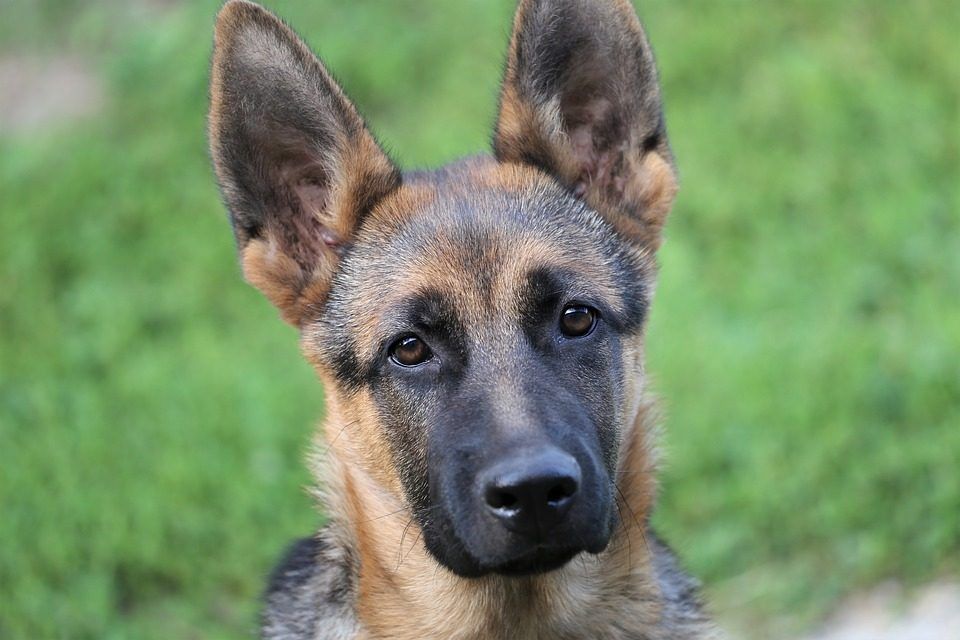 At five months old, German shepherd Gracie Lacey had never known freedom; she had been confined to a tiny, cramped and filthy cage for her entire existence.

Luckily for this puppy — who had such a horrific start to life — she was rescued from Hungary and brought to the UK by Vigil German Shepherd Rescue, for the chance at a better life.

Her rescuers knew she would need some serious rehabilitation to rebuild her muscles, which had wasted away from lack of use. Dog trainer Celia Felstead fostered Gracie, helping her through the regimen needed to recover. But after a few weeks, the dog began to limp.

Vets discovered that she had a cruciate ligament injury and damage to cartilage in one of her rear legs.

“Gracie is a young dog and the cruelty she suffered during her first few months, trapped in a crate, is terrible to think about,’ said Dr. Kydd, the veterinarian who treated Gracie. ‘Some of the damage she suffered is permanent, but the important thing is that she can walk, run and play and lead a normal life in every way.”

Four months after the surgery to correct her problem, Gracie is now thriving and has found a forever home with Felstead and her three other dogs.

“When she first arrived, Gracie had never been walked so found the outside world scary and people frightening – but she has grown into a wonderful girl,’ said Felstead. “Gracie and I are now looking forward to enjoying long walks with my other three dogs.”