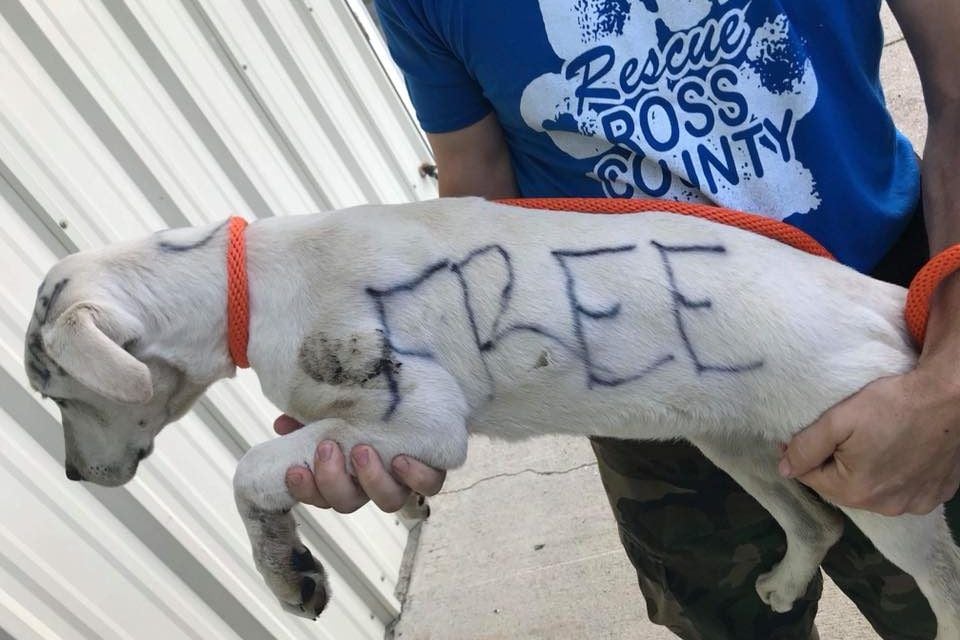 Picture of the dog rescued by the Ross County Humane Society in Ohio by Jenn Thomas, the shelter's Executive Director.

It’s “7:00 am and the people of our community have not ceased to amaze me and not in a good way,” Thomas wrote on her Facebook page, referring to the abandoned puppy just found left in a cage.

Thomas’ outrage didn’t stem just from finding an abandoned puppy so early in the morning, which unfortunately, is a common occurrence across the states. She was also angry at how the puppy was abandoned. Someone had written “free,” “good home,” and some other unintelligible words in permanent marker all over its fur.

“This is not acceptable,” Thomas wrote emphatically. “This is why we run around trying to scoop up puppies before they end up in homes that can’t take care of them, won’t get them fixed, tie them to a dog box, or worse. This is why we are such advocates to the point of annoyance with spay/neuter.” 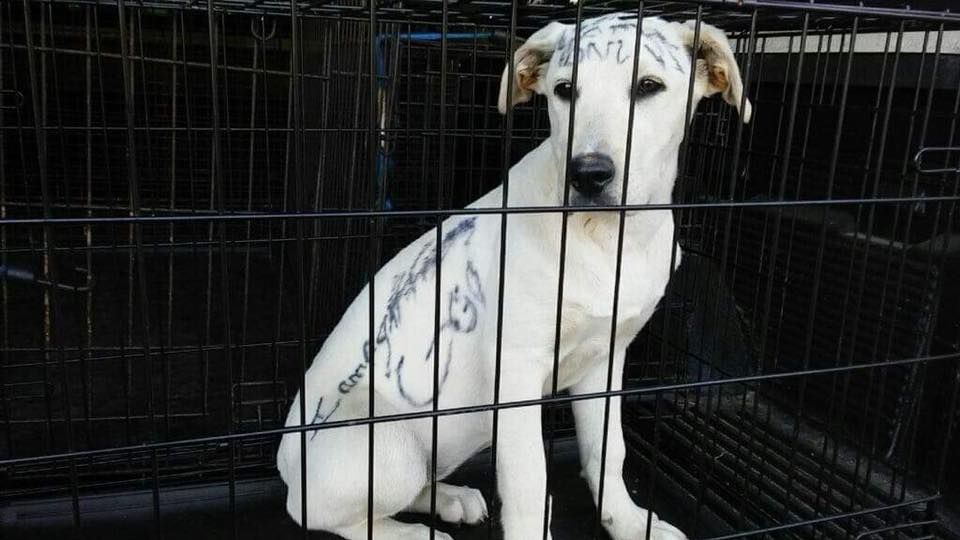 This little puppy symbolizes a much bigger problem. Around 2.7 billion companion animals are euthanized every year because of human negligence. When animals aren’t spayed or neutered, they reproduce. Sadly, instead of caring for the offspring, many people mistreat and abandon them. Even though shelters try to place rescued animals with good families, many simply can’t keep up with the numbers and end up euthanizing a significant portion.

Yet all of this suffering is unnecessary. If humans were kinder and more responsible, companion animals wouldn’t need to be rescued and they wouldn’t be euthanized.

The people who abandoned this puppy may have had “good” intentions in the sense that they expressed the desire for the puppy to find a good home, but the way they went about it was entirely wrong.

This isn’t the first time someone has abandoned a puppy this way. Last year, someone in Philadelphia left a puppy tied to a handrail in front of an apartment building with a note and part of a pizza for food. Although both of these negligent owners expressed the desire that the puppy find a happy family, it’s clear that many people don’t understand what it means to be a good owner and lack education about the community resources available to animals. 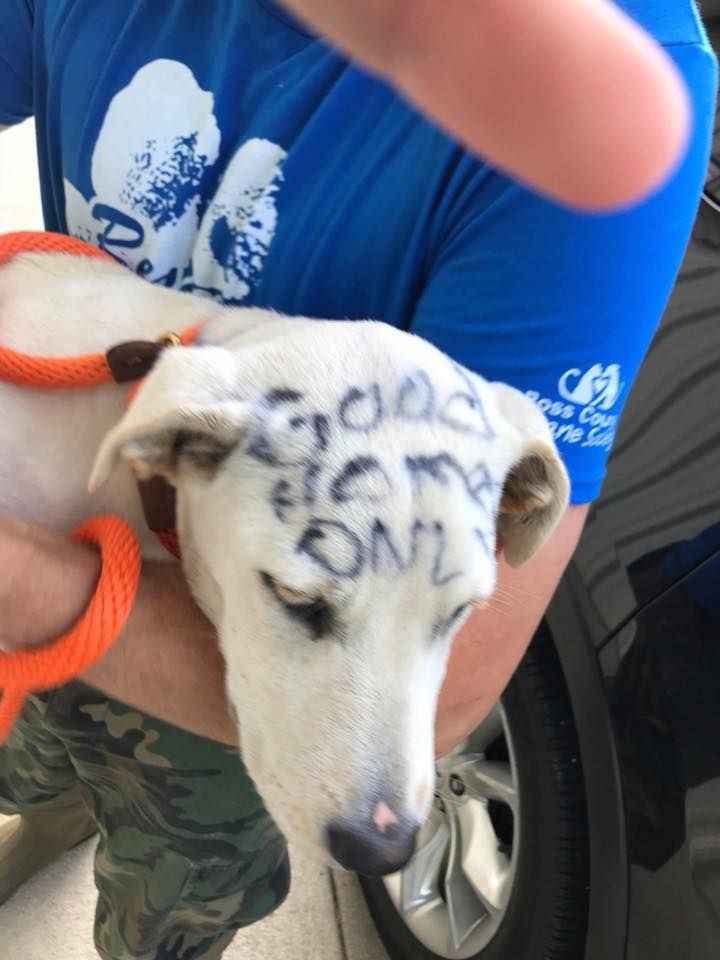 Getting an animal spayed or neutered can be surprisingly easy. Many nonprofits offer reduced costs for community residents and many free programs also exist. In fact, the Ross County Humane Society offers several free spay/neuter clinics throughout the year to low-income residents. There are also shelters that do not kill any of their animals.

Although it is understandable that some pet owners want to breed their animals, there is such an overpopulation of dogs and cats in the United States, breeding really isn’t necessary. Shelters across the country are currently housing 6 to 8 million animals. Instead of breeding more dogs or cats or buying from heartless puppy mills and the pet stores that fuel them, people could easily stop this horrendous trend in animal suffering and death by spaying and neutering and buying only from shelters.

Buying from a shelter doesn’t just help benefit an abandoned animal. Most shelter dogs already come neutered or spayed and have all their shots. You’ll help save an animal’s life and make space for another. If everyone got their dogs from a shelter, the demand for puppy mills would dry up and they’d cease to exist. To top it off, adoption fees are often far less than buying from a shop or breeder. 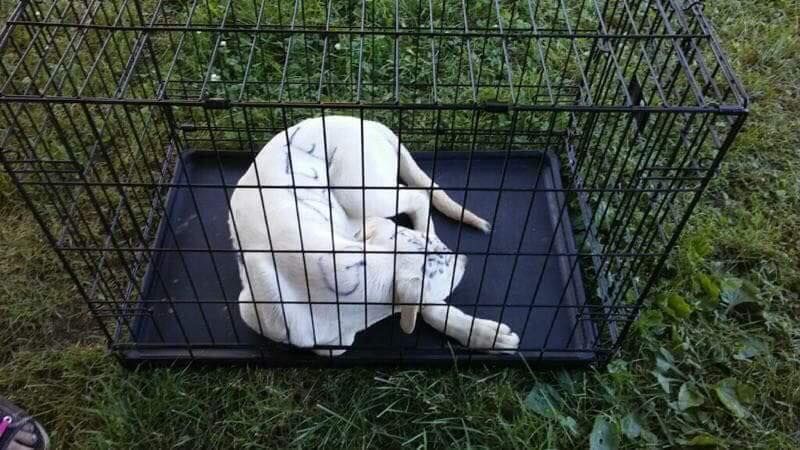 As for the Ohio puppy, she’ll get the treatment she deserves from the Ross County Humane Society, and eventually find a much better, more responsible forever family.

“The loving staff is working on getting her cleaned up and she will not be FREE but we will make sure that she gets a good home,” Thomas concluded. 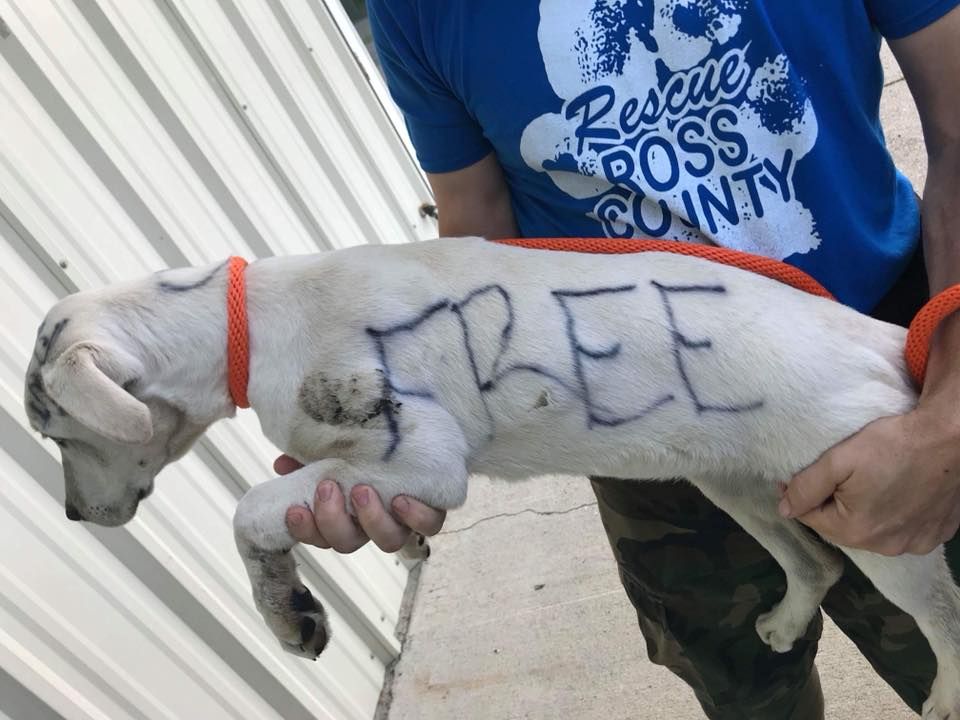