Poacher Who Killed 500 Elephants Gets 30 Years in Prison 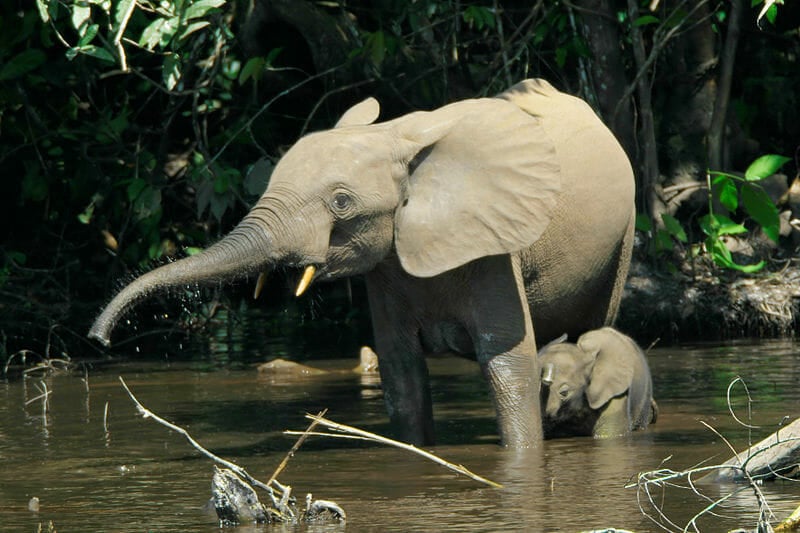 In a win for animals, a prolific Congolese elephant poacher nicknamed “the butcher of Nouabale Ndoki” has been sentenced to 30 years in prison for killing 500 elephants — the longest-ever sentence handed to a poacher in the Republic of Congo.

In addition, Gerard has been convicted of illegal ivory trafficking, possession of military weapons, and the attempted murder of park rangers.

Gerard, who directed a group of around 25 poachers, was arrested in May 2018 after initially escaping a shootout with park officials. While awaiting trial, he escaped and was sentenced in absentia to five years in prison and $9,000 in fines. Authorities finally captured the poacher a year later, following a gunfire exchange that seriously wounded two park rangers.

The newly-imposed 30-year sentence marks the first-ever criminal conviction of a wildlife trafficker in the Republic of Congo, according to WCS Regional Director of Central Africa Dr. Emma Stokes. Environmental crimes were previously handled in civil court, carrying a maximum prison sentence of up to five years.

“We are confident that today’s sentence will serve as a deterrent to would-be criminals that you will serve hard time if you break our wildlife laws and put park rangers and Congo’s national security in danger,” Stokes said.

Lady Freethinker applauds the Republic of Congo authorities for holding Guyvanho criminally responsible for his egregious actions, showing that poaching and wildlife trafficking will not be tolerated in the country.