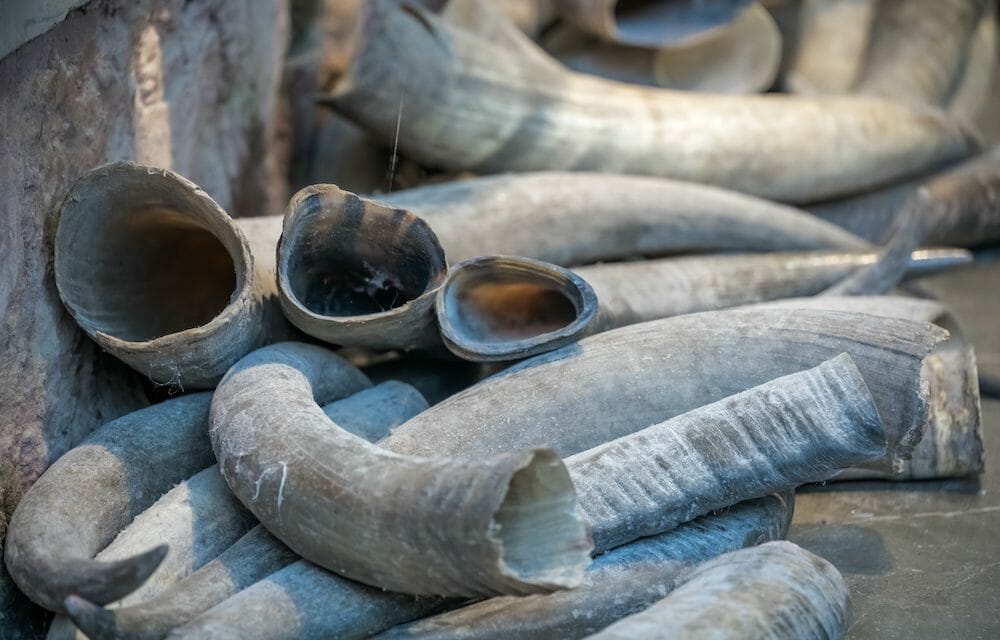 Last week, on the eve of World Elephant Day, the Singapore government destroyed nearly 20,000 pounds of ivory confiscated last year, including tusks from the city-state’s largest-ever seizure, to combat the illegal wildlife trade.

Sourced from around 300 African elephants and totaling an estimated value of $13 million, the ivory was pulverized by an industrial rock crusher during a live video stream. The fragments were then incinerated, keeping the tusks from ever re-entering the market and greatly disrupting the global ivory supply chain.

“This ivory crushing event, the largest globally in recent years, demonstrates Singapore’s strong determination and commitment to combat the illegal trade in wildlife,” a spokesperson from Singapore’s National Parks Board said.

Discovered in June 2019, the illicit cargo came from a Vietnam-bound container traveling from the Democratic Republic of the Congo. Authorities discovered it when it passed through Singapore, a major shipment hub through which illegal wildlife trade products are frequently smuggled. Authorities also found 13 tons of pangolin scales valued at an estimated $35.7 million.

Upon announcing its largest-ever seizure of elephant ivory, the Singapore government stated its intentions to destroy the haul — a promise it has now followed through on.

DNA analysis and other tests will be performed to determine precisely where the smuggled ivory came from, which will help track and combat the illegal trade.

In addition to its heavy-handed stance against the international ivory trade, Singapore announced its plans to outlaw their domestic ivory trade by September 2021.

Environmentalists estimate that poachers kill around 100 African elephants every day, despite a global ban on the practice since 1989. The dwindling population of these magnificent creatures plummeted from millions during the mid-20th century to around 400,000 today. With the future of African elephants at a crisis point, strong measures such as those taken by the Singapore government are critical for finally ending the ivory trade once and for all and saving thousands of animals’ lives.