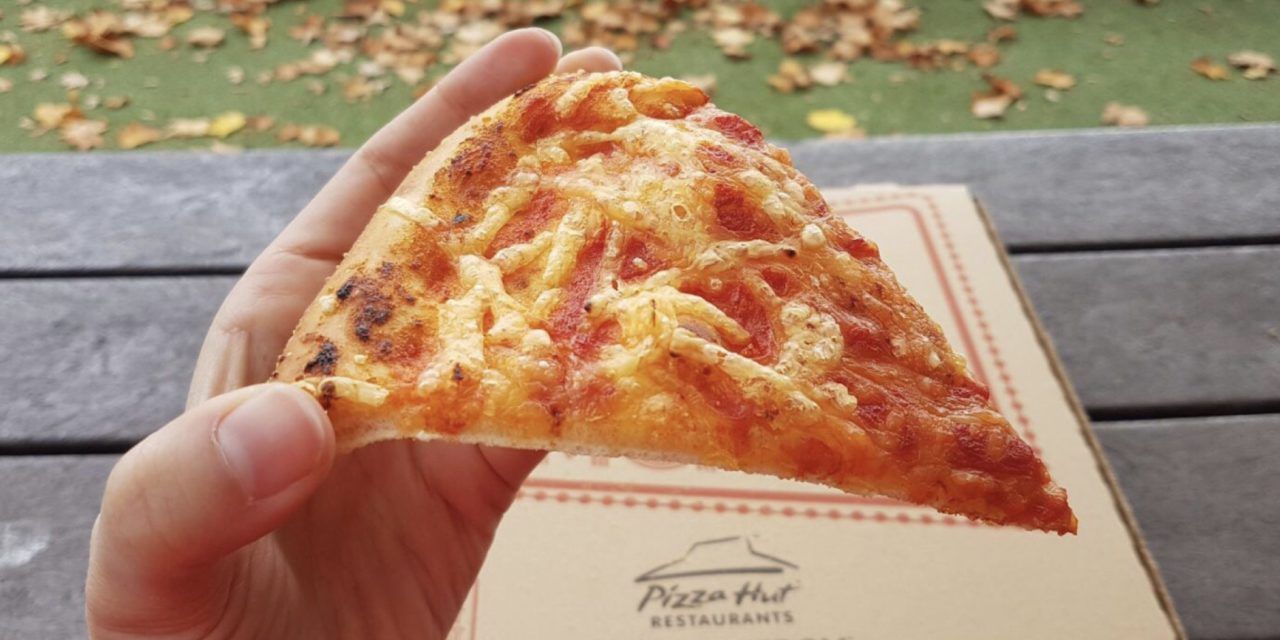 Pizza Hut has stepped into the modern era: every one of the fast-food giant’s locations in the UK will now offer vegan cheese as a topping. Following an overwhelmingly positive response to an initial vegan pizza trial, Pizza Hut will join chains such as Pizza Express and Zizzi in adding a dairy-free option to their menus. After years of practicing self-restraint and willpower, British vegans are finally able to sit back, relax and dig in to a hot pizza.

“After an amazing customer response to our vegan cheese trial earlier this year, we’re pleased to announce that the dairy-free alternative will now be served in all of our restaurants nationwide and feature as a permanent fixture on our menus,” said Gareth Hopley, Head of Communications at Pizza Hut Restaurants.

Pizza Hut is using cruelty-free cheese from Violife, a popular brand that prides itself on producing vegan food that is also free from GMO’s and preservatives.

“We’re excited that all of our cheese-loving vegan customers will be able to grab a slice of the action and no longer have to miss out,” said Hopley.

Many pizza fans have already expressed their enthusiasm on social media: “Pizza Hut is finally doing pizzas with vegan cheese and I’m so excited to be able to eat there again,” tweeted Lydia Porter, a 22-year old artist, while Till-Jayne Kidman tweeted, “Pizza Hut launching vegan cheese nationwide is the news I needed to wake up to this morning.”

According to Vegan Society, veganism is one of the UK’s “fastest growing lifestyle movements,” as animal lovers become increasingly aware of the unsavory farming practices and environmental damage associated with foods derived from animals. In the last decade, veganism in Britain has increased more than 360%, reports The Telegraph. This survey also shows that some 542,000 people aged 15 or over (more than one% of the population) have adopted a vegan lifestyle.

Pizza Hut’s expanded menu represents a huge win for vegans, lactose intolerant people, and animals. Next time you’re thinking of going out for a tasty meal, instead of agonizing over what you can’t eat, take a seat at Pizza Hut and give in to your cheesy cravings.