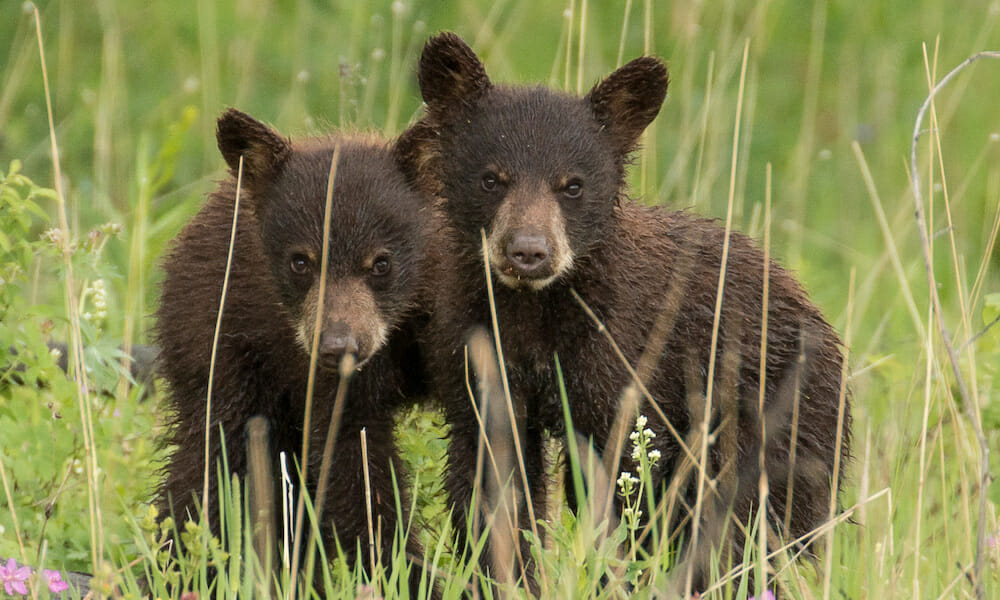 Washington Commissioners have effectively nixed a cruel spring bear hunt for the foreseeable future, voting in November to indefinitely suspend the cruel practice.

We thank the more than 45,200 people who signed our petition advocating for these innocent bears, who don’t deserve to be gunned down for “sport” when emerging from long hibernations!

The Washington Department of Fish and Wildlife (WDFW) Commission voted 5-4 to discontinue recreational hunting of black bears in the spring during a commission meeting in November.

In the past, the hunts were accepted as a local “tradition,” with proponents — including Kelly Susewind, WDFW’s director and also a vocal hunter of black bears – saying they helped with “management,” according to The Seattle Times.

But the hunts became controversial in 2021, when Commissioners started to question WDFW’s vague data about the “science” behind the hunts, the state’s black bear numbers, and the impact of the spring hunts on those populations.

Then came good news, when the Commission voted earlier this year with a 5-4 vote to suspend the 2022 hunt. The Commission then moved to considering whether future hunts should continue.

Ragen, who made the initial motion to discontinue the hunts permanently, said that Washington’s data on black bear populations as well as the science of their “management” has room for improvement.

“I think we have gotten into so many mistakes in our country assuming we know what’s going on with wildlife populations and then watching them crash,” he said during the commission meeting.

The ruling still allows WDFW to revisit the topic of a spring bear hunt and to recommend hunts for specific circumstances.

But Lady Freethinker and other animal advocates – including Washington Wildlife First, a nonprofit focused solely on reforming WDFW for the benefit of the state’s wildlife — applauded the progress for the state’s black bears.

We’ll keep doing all we can to advocate for innocent animals everywhere!

Help speak up for other animals killed in cruel hunts by signing our petition urging House committee members to stop wildlife killings contests on public land!