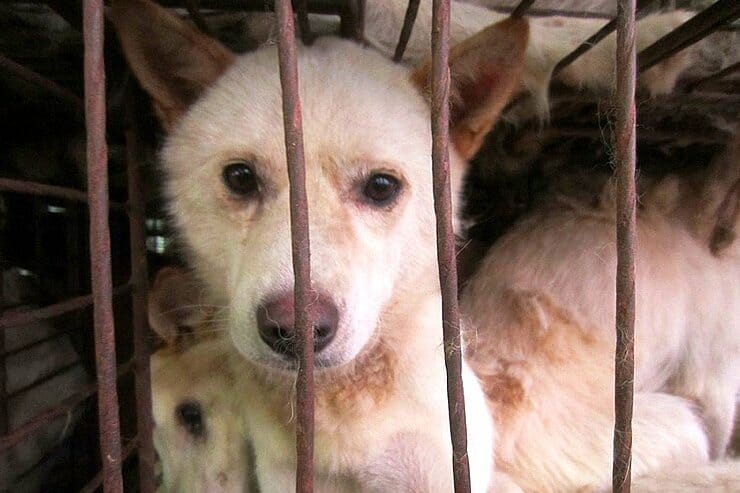 In an unprecedented move, the Government of South Korea announced the launch of a task force to officially review banning dog meat consumption in the country.

Seven government offices, including the Agriculture Ministry, initiated the task force, which will include government officials and civilian experts who will consider public input and also gather information on dog farms, restaurants, and other facilities before making final recommendations to the government, according to AP News.

An estimated 1 million to 1.5 million dogs are killed and eaten each year in South Korea, to the disdain of a growing number of on-the-ground activists and animal lovers who have shifted their focus of dogs from traditional “food” to family. A recent opinion poll, conducted by Nielsen and commissioned by Humane Society International-Korea, found “growing support for a ban on dog meat consumption,” with 84 percent of those polled saying they “don’t or won’t eat dog.”

The government is aware of that shift, said S. Korean Prime Minister Kim Boo-kyum ahead of the task force announcement.

“As the number of families with pet animals has risen rapidly and public interest in animal rights and welfare has grown in our country, there have been increasing voices saying that it’s difficult now to see dog meat consumption as just traditional food culture,” he told AP News.

He added to The Times, “As more households have pets and more of the public is interested in animal rights, we have to look at dog meat consumption.”

The subject of the ban also is a hot topic for next year’s presidential election. Several candidates support ending the practice, including Lee Jae-myung — the governor of Gyeonggi, the country’s most populous province, and a leading presidential contender.

“There is no future in dog meat at all, it’s already dying and will fall apart completely,” he told Dogs Today Magazine.  “Forty years ago it was different, but now it’s over for dog farming.”

It’s time to permanently ban the dog meat trade in S. Korea. While creating a task force is an important step in the right direction, any recommendations need to include concrete steps for banning dog meat consumption — including deadlines and support services for dog meat dealers to transition out of the inhumane trade.

That’s why we need to keep the pressure on while the government is interested. If you haven’t already, join the more than 47,000 people who have signed our petition urging the Government of South Korea to outlaw the dog meat trade completely.