Home » Animals » SIGN: To the next president of S. Korea, we urge you to ban dog meat consumption!By Lady Freethinker 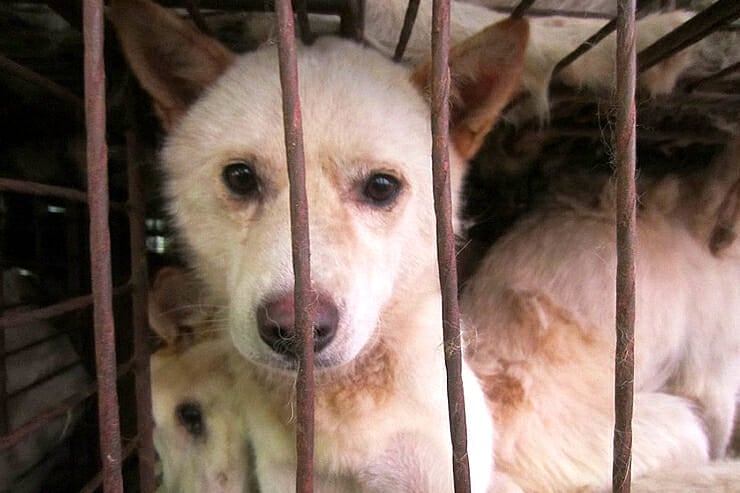 In March 2022, South Korea will elect a new President.

Lee Jae-myung, a presidential candidate for the ruling Democratic Party of Korea, wants to establish a law banning the consumption of dog meat in the country. A man of great momentum, Jae-myung shut down the Moran dog meat market when he was Mayor of Seongnam City.

Jae-myung’s pledge to ban eating dog meat is further bolstered by President Moon Jae-in’s recent statement that it is time to seriously consider the ban on dog meat.

The Republican candidate will be finalized in a month for the presidential election on March 9, 2021, with four candidates vying for the position.

As international animal protection activists, we believe that someone who can end the dog meat consumption in Korea would be a great leader.  As animal lovers, we urge the government of Korea and the next president to outlaw the dog meat industry completely.

Sign this petition for the dogs of S. Korea, set up by organizations Save Korean Dogs, Lady Freethinker and Willow’s Wish.

We will then deliver the petition to the Democratic and Republican election camps.

Willow’s Wish in NV, US