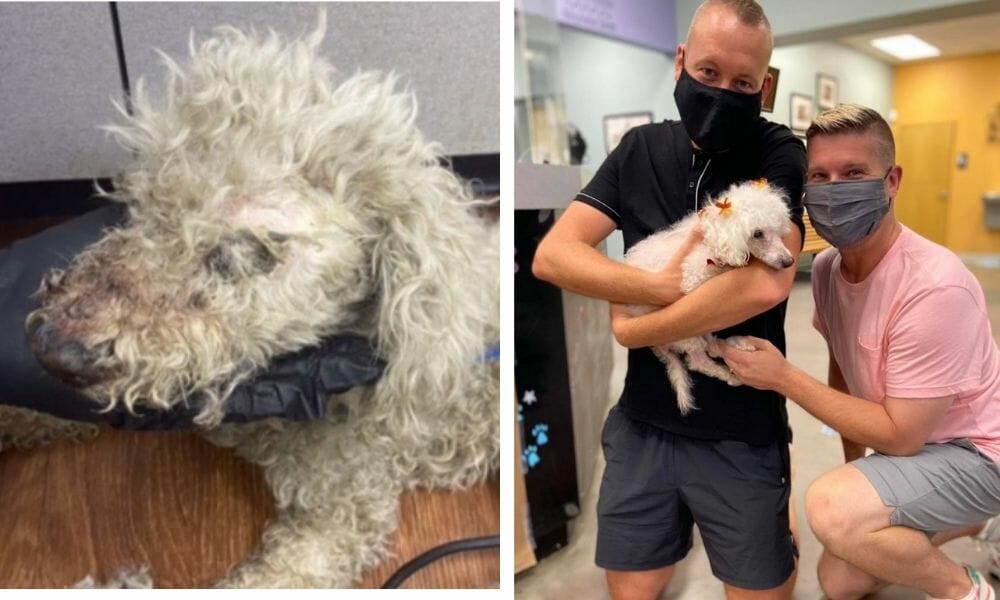 Petal, a precious elderly poodle found hog-tied and with her mouth taped shut behind a shopping plaza in Florida, has a loving new home with two dogs and two long-time dog lovers.

Poodle and Pooch Rescue of Florida announced in a Facebook post that many people stepped up to adopt the tiny dog — who weighed only eight pounds when she was found in July, nearly dead from dehydration and hunger.

But Derick and Brad, a young couple with two senior dogs — including one who is blind, like Petal — “really stood out,” the rescue said.

“They were so invested in Petal and wanted to do anything they could to make her feel special and loved,” Poodle and Pooch wrote. “We just knew it was meant to be!”

Because of the horrific circumstances she had endured and her age, rescue staff wanted her to go directly to a forever home as soon as she was well.

“Derick and Brad have all the time, love, experience, and the means to care for Petal and provide her with the home she deserves,” the rescue wrote in their Facebook post. “They’ve followed her journey, stayed in contact for regular updates, and cheered her on from afar while they anxiously awaited the news that she was cleared to leave the hospital so they could pick her up and bring her home.”

The animal hospital gave Petal a special send off, with puppy-friendly cupcakes and a colorful banner hung in their reception area. 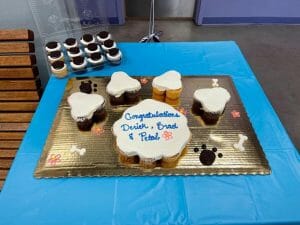 The Orange County Sheriff’s Office, which is investigating the case, said detectives will pursue felony charges against whomever hog-tied Petal and left her to die bound in a bag.

“We can assure you that the detectives investigating this horrendous crime take it seriously and are pursuing felony charges against the person or persons responsible for this crime,” a spokesperson told Lady Freethinker. “They have been following all available leads.”

We thank the more than 38,400 people who signed our petition demanding justice for Petal. We will continue to follow this case.