PETITION UPDATE: Oreo the Pig Flourishing in Sanctuary as Abusers Head to Jail 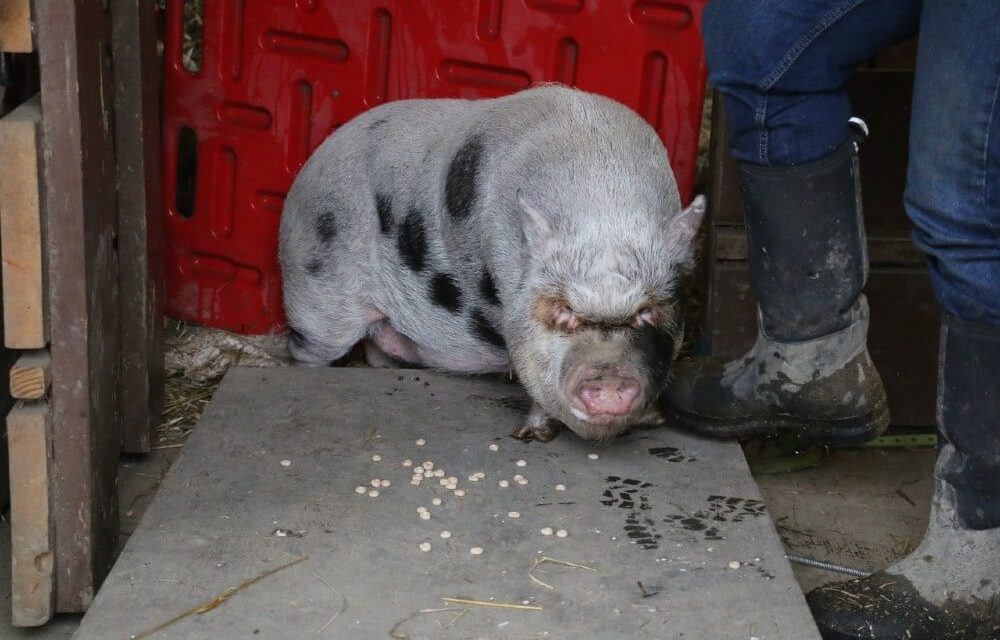 Two individuals reportedly responsible for keeping an obese pig named Oreo in a basement police described as “dungeon-like” have been prohibited from owning animals for five years.

“The circumstances in this case were egregious enough that we believed there needed to be punishment in the form of a definite jail sentence,” Prosecutor Brian Macala told news.

Lady Freethinker sent our petition, signed now by more than 38,000 people, to authorities involved with the case during the court proceedings. Thanks so much to everyone who spoke up for this sweet pig — who is doing very well now, by the way!

Happy Trails Farm Animal Sanctuary, which has been caring for Oreo since police seized her, reported that the nearly 400-pound Oreo has lost about 63 pounds since July — bringing her closer to the healthy range of 100 to 150 pounds typical of pot-bellied pigs.

While Oreo still has a long way to go, she is now able to stand and walk on her own without needing food as a motivator, said sanctuary Executive Director Laurie Jackson.

“It has been an honor to watch Oreo come out of her shell and find out what it is to be a pig,” Jackson wrote in an email to Campbell police. “Having lost weight, she is now mobile and will walk to the outside when she feels like it. More than she may have ever dreamed!”

This case from Campbell, Ohio, inspires us at Lady Freethinker because it shows the power of caring people working together to end very real suffering.

“This sweet pig Oreo will now spend the rest of her days being lovingly cared for at a sanctuary,” Nina said. “That’s all because one police officer cared enough to investigate a cruelty tip, one prosecutor chose to doggedly seek accountability, one judge recognized the seriousness of the suffering Oreo endured, and more than 38,000 people spoke up for Oreo to show they cared.”